A European clash that pitted the in-form team from Ireland against England's was precisely what this tournament needed. There was entertainment and excitement in equal measure as Leinster battled to an imposing bonus-point win.

Northampton Saints played their part and look a side on the up under Chris Boyd. A James Lowe try was met with an immediate response from Ahsee Tuala. As Rhys Ruddock, Andrew Porter and Cian Healy touched down the Premiership outfit stayed in touch thanks to Dan Biggar's boot. 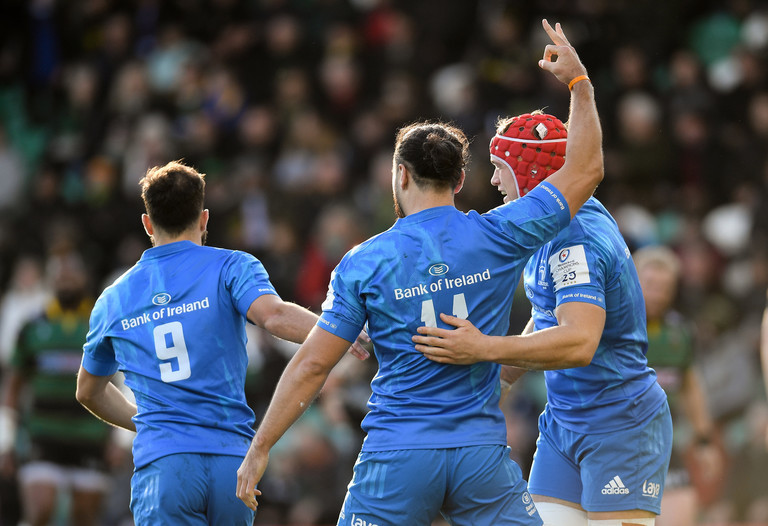 But like a box-office prizefighter, Leinster can mix it any way you want and in a game full of chaos and lengthy passages of play, they kept cool and controlled. In the face of extreme pressure and down a man, their defence was outstanding. 161 total tackles and Northampton scoreless in the second half tells the tale.

Luke McGrath and Ed Byrne added the gloss. They started with speed and finished with flair. A complete performance.

A skillset Irish rugby has been crying out for in recent years. Both of the opening tries were down to his burst through the midfield. On both occasions, his pass to the right was pinpoint as well. On the other side of the ball, the 22-year old covered the backfield well and came into the line when called upon.

Paired off against the enormous 132kg Naiyaravoro and felt every gram of it when he was emptied midway through the first half. Quiet in attack but put in a shift on the other side of the ball in the second half.

Twice uncharacteristically exposed in defence for Tuala's opening try. His yellow card might have initially looked harsh but Alexandre Ruiz was clear in his communication and following the framework. In the plus column, a superb read for the opening try and great feet into footwork before Healy's try.

Started with a sense he is still battling to regain form. Small errors like a forced offload or missed defensive read will be easily ironed out with a run of games and the truth is that Henshaw has played very little rugby in 2019. As the contest went on he grew into it and stood up with a gorgeous break prior to Ross Byrne's try. 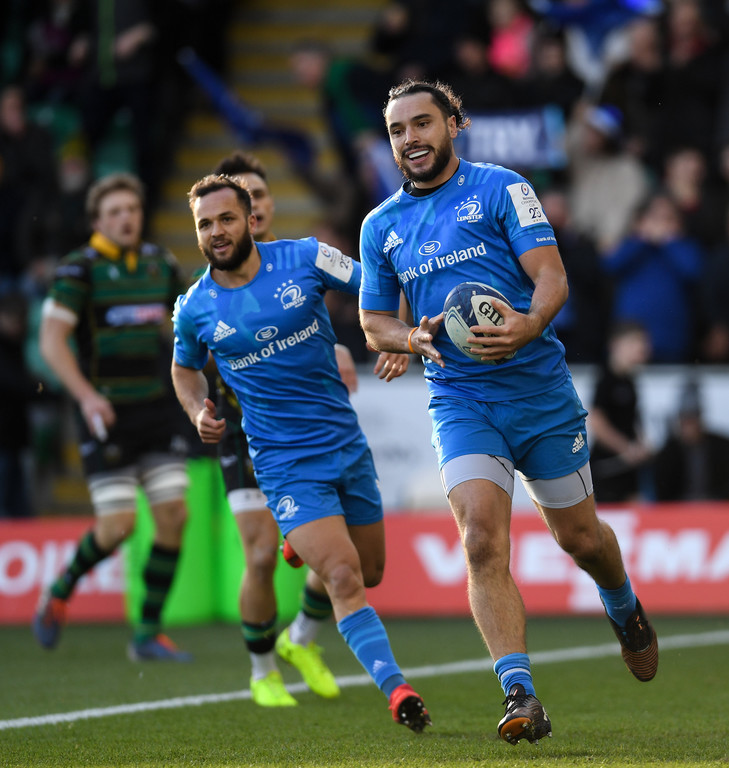 His support lines ensure Leinster on the counter are a terrifying prospect. Everything he does with ball in hand is thrilling but even when forced to kick he manages to earn a scrum. An eager Andy Farrell will have been delighted with the display.

His communication with referees as captain is noticeably improving. Looked in the mood until his afternoon was ended prematurely with a nasty looking knee injury. Limped down the tunnel to be replaced by Ross Byrne.

A big call by Leo Cullen to opt for the half-back over Luke McGrath. His box kicks were accurate and ball was quick when necessary. Came off before the hour mark.

Amidst all the deserved attention their attacking flair and speed receives, their sheer strength upfront should not go unnoticed. A big Healy carry ensured the second half started with a bang. 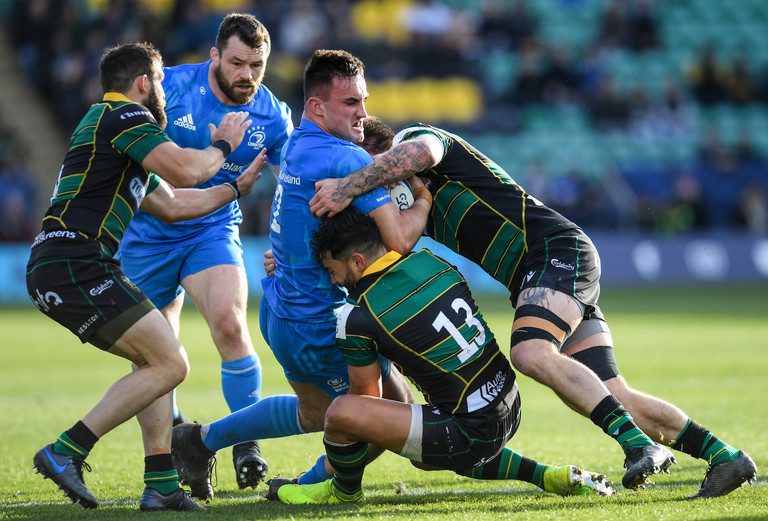 Ireland's in form number 2 looked at home on this stage. Willing to put in the hard yards with nine first up carries for eight metres.

A massive scrum just before half-time allowed Sexton to kick to the corner. He then popped up to carry and drive over for a try that left Leinster in the lead at half-time.

It is almost remarkable that teams still try to go to the tail when facing Toner. Stole ball unsurprisingly in the lineout and put in a big defensive shift. 13 tackles with 100% accuracy for the 33-year old. 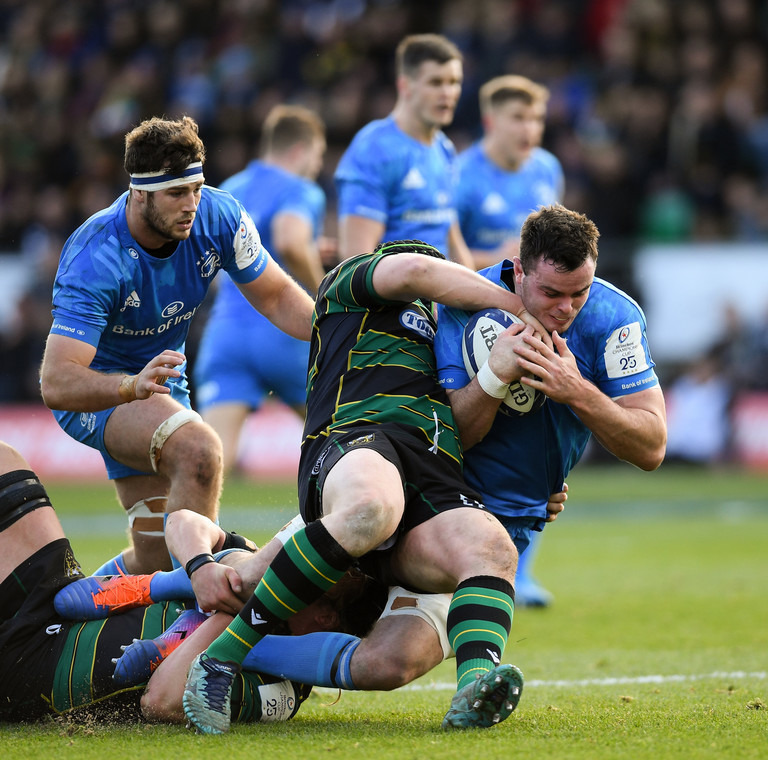 Ratuniyarawa and Moon are a fine engine room partnership but they were categorically outplayed by their opposite locks today. James Ryan's relentless workrate was crucial during the brief second-half sticky patch. Whether it be with his carries, clearouts or tackles, the former St. Michaels man is so efficient.

Very quiet compared to his back row counterparts. Tom Wood had far too much freedom at the breakdown at the beginning of the tie. Replaced by Scott Fardy in the second half.

Ireland's most consistent player in 2019 has taken his performance to a new level since returning from Japan. The story of the Champions Cup for Cullen's side has been their robust defensive effort and so much of that is down to Josh van der Flier. A jawdropping 19 tackles with none missed.

A brilliant steal after 20 minutes but conceded a penalty and a warning shortly after. It allowed Dan Biggar to take an easy three points.

Cullen and Stuart Lancaster can take pride in the strength in their reserves. Scott Fardy had an immediate impact off the bench, inaccurate kicking aside Ross Byrne kept the attack ticking while Max Deegan, Ed Byrne and James Tracey all had their say upfront. Tadhg Furlong was terrific and the starting front-row conundrum is both a challenge and a luxury.

As for Luke McGrath, he made sure it will prove a challenge to leave him out next time.

Make no mistake, this was a statement. For the fifth time this season Leinster broke the 40th point mark and took control of their European pool. This season's stand bearers have laid down the challenge to the rest of the competition's contenders.

Rugby
1 week ago
By Gary Connaughton
Watch: O'Driscoll And Dallaglio Speak Nothing But Sense On Saracens Mess
2

Rugby
1 week ago
By Gary Connaughton
Stunning Will Addison Offload The Highlight As Ulster Secure Quarter Final Spot
Rugby
1 week ago
By Aonghus Ó Maicín
Where To Watch Ulster Vs Bath? TV Details For Champions Cup Clash
Previous Next