Here's What The New Pro14 Reshuffle Means For The Irish Provinces

Just when we were getting used to it, the Pro14 has changed again as the conferences have been reshuffled ahead of the 2019/20 season.

The league has been split since the addition of South African sides Southern Kings and the Cheetahs two years ago, with seven teams competing in each of the two conferences.

The plan was always to shake up the Pro14 conferences after two seasons, with the final points totals from the 2018/19 regular season - not the playoff results - deciding how the teams will be split.

Last season, Conference A was made up of Munster, Connacht, Glasgow, Cardiff, Ospreys, Zebre and the Cheetahs, while it was left to Leinster, Ulster, Edinburgh, Scarlets, Dragons, Benetton and the Southern Kings to battle it out in Conference B.

But with the new update, Conference A will feature the second and third ranked Irish teams (Leinster and Ulster), the top Scottish team (Glasgow), the best and worst ranked Welsh teams (Ospreys and Dragons), the second-ranked Italian team (Zebre) and the top South African team (Cheetahs).

That leaves Munster, Connacht, Edinburgh, Scarlets, Cardiff, Benetton and Southern Kings in Conference B for the next two years.

So what does this mean for the Irish provinces?

In terms of rivalries, nothing changes among the four Irish provinces in the Pro14. They will all face each other twice per season and the pairings have stayed the same from last year, with Ulster and Leinster facing off for a potential playoff spot in Conference A and Connacht and Munster doing the same in Conference B.

Munster will be happy to be free of Glasgow, having finished behind the Scots in each of the last two seasons. That has proved costly for Munster, with the southern province suffering back-to-back semi-final defeats at the hands of Leinster in Dublin because of their lower seeding.

Scarlets could still pose problems for the top spot in Conference B as they will at least battle Connacht for a Pro14 playoff spot, while the resurgent Benetton could be a threat if they keep improving in the new campaign.

Both Cardiff and Edinburgh pushed for the playoffs in the season just gone and could do so again in 2019/20, while the Southern Kings look set to be the whipping boys of the conference. 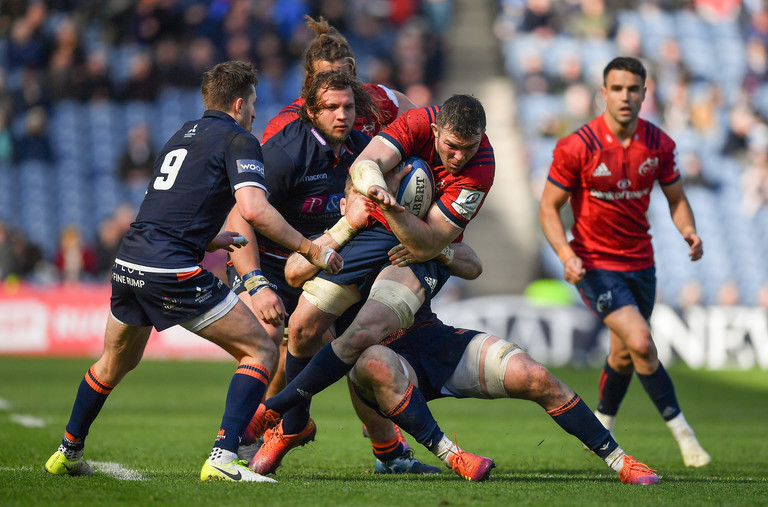 In Conference A, this year's Pro14 finalists Leinster and Glasgow will be expected to take the top spots. The Scottish side won the most regular season points in 2017/18 and again in 2018/19, though it did not translate into playoff success.

That will pose a new problem for Leinster, who were able to take their foot off the pedal in the league this year after wrapping up the number one seed way back on the first day of March. Leo Cullen's men closed out the season with three defeats and one draw while playing weakened teams to preserve their starters for their run to the Champions Cup final.

Leinster and Glasgow dominating at the top would leave just one playoff spot for the rest of the conference, with Ulster, Ospreys and Cheetahs the likely contenders.

Meanwhile, Zebre and Dragons, who have just 17 wins from their combined 84 games over the last two seasons, will likely battle it out to avoid Conference A's wooden spoon.

Rugby
7 months ago
By Balls Team
Where To Watch Munster Vs Leinster? TV Details For Pro14 Clash
26