The Stephen's Day clash between Munster and Leinster has been postponed as Leinster are investigating their latest COVID-19 tests.

POSTPONED: Saturday's game against Munster at Thomond Park will not take place as scheduled.

Tournament organisers announced that the match would instead take place in early 2021.

"Leinster Rugby are currently investigating the outcomes of some of the results from their latest round of Covid-19 PRC testing," the PRO14 have said.

"Results of these investigations will not be returned in time to meet guidelines set by public health authorities in order for the game go ahead as planned."

? Postponement: The R9 fixture between @MunsterRugby and @LeinsterRugby will not take place as planned

The Munster and Leinster match at Thomond Park was set to be the first leg of a set of Christmas inter-pros, with Connacht and Ulster clashing on Sunday December 27. 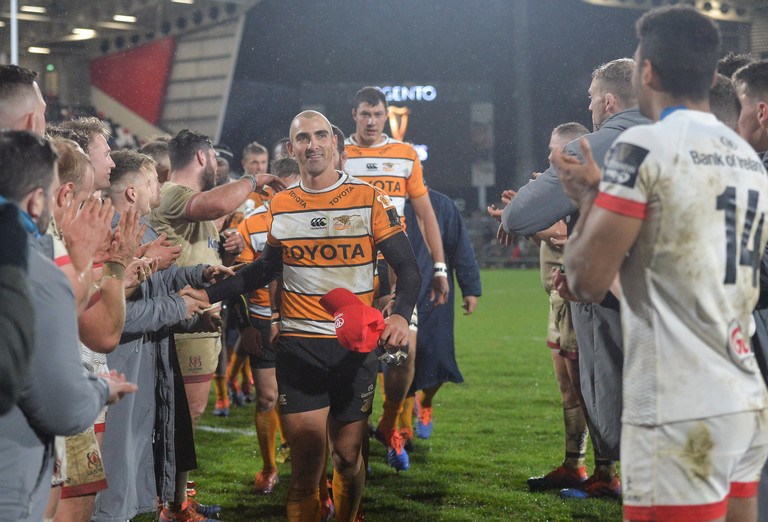 Rugby
1 week ago
By Gary Connaughton
Watch: Ryan Baird Scores The Maddest Second Row Try You're Likely To See
Rugby
1 month ago
By Gary Connaughton
Two Stunning Team Tries Help Munster End Unwanted Leinster Record
Rugby
2 months ago
By PJ Browne
Quiz: Name The Starting XV's From The Leinster Vs Munster 2006 Heineken Cup Semi-Final
Popular on Balls
Football
20 hours ago
By Eoin Harrington
Sadlier And Duff Powerfully Put The Boot Into UEFA Over Rainbow Flag Stance
GAA
23 hours ago
By PJ Browne
'I Look At My Nephews - They've Bulked Up, They've Got Stronger'
Football
18 hours ago
By Donny Mahoney
Leon Goretzka With Pointed Goal Celebration Right In Front Of Hungarian Supporters
Football
18 hours ago
By Eoin Harrington
A Mad Night At The Euros Turned Into A Very Good Evening For England