We deeply empathise with sports administrators trying to operate in the covid era. Sport has been such a welcome distraction these past 12 months, and it would not be happening without heroic administrators sorting logistics behind the scenes and making sure their sport remains pandemic-compliant.

That said, sports administrators can try to do too much. We've seen that especially with the launch of the Rainbow Cup right in the middle of this pandemic.

We've learned this morning the Rainbow Cup is heading towards a farcical resolution in its first year. This morning, the PRO 14 announced that Benetton would be the Northern Hemisphere's representative in the Rainbow Cup final. This is because the Ospreys, their opponent at the weekend, have a covid outbreak in their camp. Benetton will receive four points for a walkover and cannot be caught by any other teams chasing a place in the final.

Benetton's journey to the Rainbow Cup final, you ask? Two wins over Zebre, victories over Glasgow and Connacht and now a walkover.

Munster - who beat Leinster and Ulster - believed they had a chance to overtake Benetton when they played Zebre at the weekend. That fixture is now meaningless.  CJ Stander's final game of rugby - if fit -  deserves more pomp and circumstance.

This is not to diminish what Benetton have achieved this spring. It's just harsh on Munster and Glasgow.

As broadcasters who’ve tried to do our very best to big the Rainbow cup up, this a frustrating (almost typical) way to finish the Northern comp! https://t.co/2E8QxE2DXB

There's something almost inevitable about this latest development. The Rainbow Cup never really took off. Sure, the concept of the best non-English and French rugby clubs taking on the best South African clubs sounds great. But perhaps executing the tournament amidst a third wave of covid was always overly ambitious. When the South African clubs withdrew on the eve of the tournament launch, it did not bode well. We've now spent the last eight weeks building up to a hemisphere vs hemisphere final, but there'll forever be an asterisk beside the final now.

Benetton will play either the Bulls or the Sharks in the Rainbow Cup final on June 19 in Treviso. 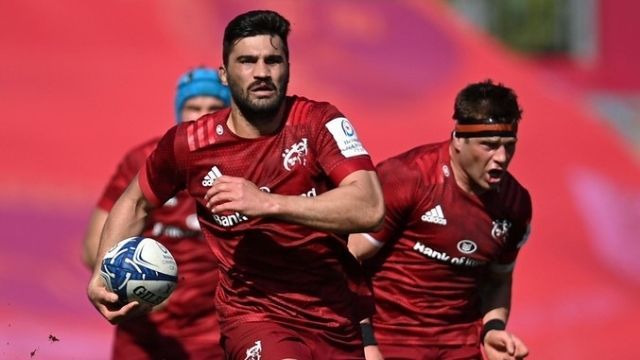 Rugby
2 years ago
By Maurice Brosnan
Viewers Rage As Controversial CJ Stander Moment Shows Rugby's Real Breakdown Problem
Rugby
2 years ago
By Maurice Brosnan
Player Ratings As Mundane Munster Get Out Of Jail To Limp Into Semi-Final Spot
Rugby
2 years ago
By Balls Team
Where To Watch Munster Vs Benetton? TV Details For The Pro14 Quarter-Final
Popular on Balls
Rugby
2 days ago
By Colman Stanley
Keith Earls Shares Story That Captures Andy Farrell's Decency
Football
1 day ago
By PJ Browne
'If He Continues With Performances And Goals Like That, Stephen Kenny Will See It'
Football
2 days ago
By Eoin Harrington
Quiz: Name Every Player To Score In A Champions League Final
Football
19 hours ago
By Gary Connaughton
Portsmouth Likely To Retain Gavin Bazunu This Month Despite Championship Interest