Tory party member Gavin Williamson gave an interview with the Evening Standard and will probably want to forget it for the rest of his life.

The Education Minister claimed he had met Manchester United and England star Marcus Rashford, when in fact it turned out to be Lions and England lock Maro Itoje.

Williamson was discussing a recent meeting he had with Rashford over the United player's campaigns for free school meals in the UK.

The 23-year-old has been a defiant voice in seeking for better treatment of poorer children over there with an extension of the free meals campaign.

Gavin Williamson claimed in an interview that he had a meeting with Marcus Rashford about free school meals...

It turns out he actually spoke with rugby player Maro Itoje and evidently got them mixed up 👀 pic.twitter.com/yofYQ6GiT7

Unfortunately for Williamson, and rather ignorantly, it was later revealed he hadn't met with Rashford, at all. He had no communication with him one bit.

It was Maro Itoje whom he met with over zoom. Itoje has also been an avid campaigner for poorer kids in the UK, seeking a solution to a shortage of laptops for disadvantaged children.

It's an inexcusable blunder that Williamson has since tried to make excuses for. "I have huge respect for both Marcus Rashford and Maro Itoje who run effective and inspiring campaigns," he said.

"Towards the end of a wide-ranging interview in which I talked about both the laptops and school meals campaigns, I conflated the issues and made a genuine mistake."

"We corrected this with the journalist before publication of the story," he added. Since the mistake, both Rashford and Itoje have responded.

Accent could have been a giveaway 🤣 https://t.co/CO2oQjiZZ6

Due to recent speculation I thought it was necessary to confirm that I am not Marcus Rashford… And whilst we are here my name is not Mario either!! Just a simple Maro Itoje will do…

It might have been well taken by the sportsmen, but people are still genuinely in awe of how Williamson made the mistake.

It was probably summed up best by Labour party deputy leader Angela Rayner, which you can see below.

The fact that Gavin Williamson remains in his job is a daily reminder of how mediocre white men rise and rise. pic.twitter.com/Zp8LSRqAb4 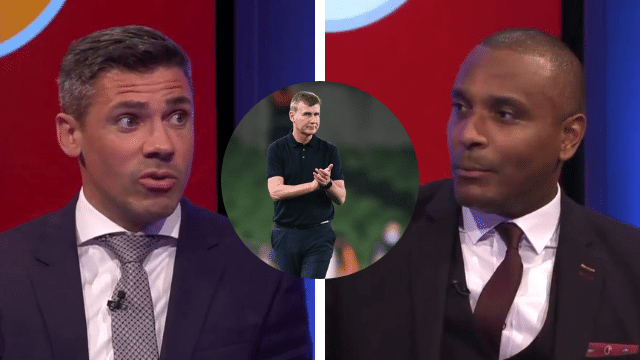