Rassie Erasmus's antics during this year's Lions tour have been well documented - and he's cranked it up a notch with a bizarre video rant about the officiating during the first test, during which he threatened to quit the Springboks camp altogether.

Erasmus is currently director of rugby for the Springboks and has been a major presence in their camp during the Lions tour.

It hasn't been without incident for the former Munster coach, though, and this video rant is the strangest incident yet.

This Lions tour has already given us some prime Rassie randomness, with his apparent use of a burner account to back himself up on Twitter.

Though Erasmus denied earlier this week that he was "Jaco Johan", this hour-long rant was posted to a Vimeo account under the name "JJ", so we have some questions there. 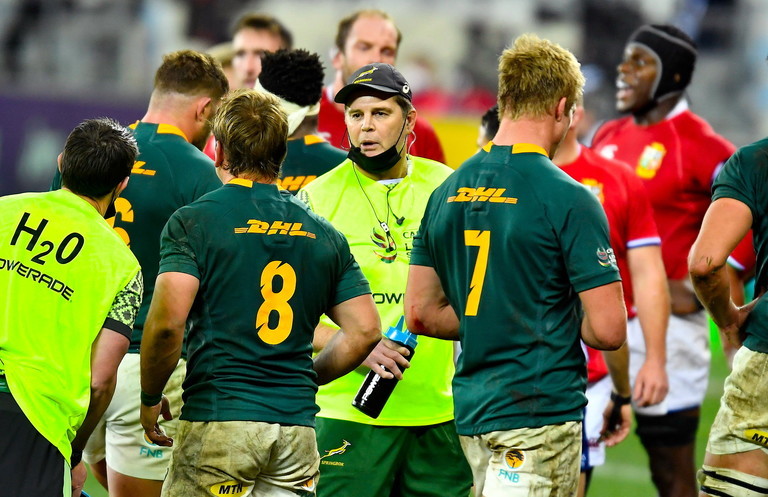 South Africa water boy Rassie Erasmus speaks to his players during the first test of the British and Irish Lions tour match between South Africa and the Lions. Photo by Ashley Vlotman/Sportsfile

Erasmus caused a stir early in the tour when he appeared as a water boy during the Lions' defeat to South Africa 'A'. It happened again during last weekend's first test, and questions have been asked about the legality of it.

The appearance of a member of the coaching team on the pitch during a test game is not a common sight, but Erasmus was eager to explain the loophole in the rules which allowed it.

He did so in the opening moments of the video, and then proceeded to repeat his defence on several occasions in the video, including in his closing remarks.

Also, another technical point on that is that there was always only two water carriers. World Rugby actually allowed this year that you can have three.

The controversy around the water carriers has clearly gotten at Erasmus but we can't argue that he's backed up his role with the rule books.

Speaking of which, he then moves on to a near 40-minute discussion about some contentious decisions from the first test. The "analysis" opened with some pointed remarks about the behaviour of the Lions, in particular their comments in the media.

Erasmus made some somewhat Trumpian remarks about how the Lions had "used" the media to create a narrative about the Springboks, in a bizarre opening to the video.

I think first of all there's been a lot said on media and social media about officiating and public giving out to each other between myself, Warren Gatland, and the Springboks and the Lions.

I think people that do know will know that that's not normally the way it happens when we're involved in a test match.

Where we got worried was when we got this narrative that we are this dirty team. All of our provincial teams playing them, we got the message that all the chat was that South Africans want to play physical.

There was much made about the appointment of a South African TMO for the test series, but Erasmus for one says he was disappointed with the fuss from the Lions.

Then, when the TMO for the first match was drawn and Marius Joncker was appointed...the Lions made such a fuss about it again through the media.

We discussed that and said we'd really like this to be a test match series that's positive, it's a three week series where we must be positive and the rugby must win.

We don't want this negativity in South Africa which we currently have with COVID and other problems. So we had a nice meeting with Nic Berry before the first test.

We will never give any official the blame for winning or losing a match.

It's fascinating that Erasmus says he would never blame a referee for the result of a match, when he then proceeds to spend the guts of an hour tearing apart refereeing decisions from the first test.

Was Hamish Watson lucky to escape the sin bin for this tackle? 🏉 pic.twitter.com/I43D4UltYT

The big refereeing flashpoints of the first test were addressed, as Erasmus questioned referee Nic Berry's decision not to send off - or at the very least sin bin - Scot Hamish Watson for a tip tackle shortly after he came off the bench.

Erasmus also made sure to address Tom Curry's late tackle on Faf de Klerk in the first half, as well as a side entry from Curry and numerous rucking and tackling decisions.

Maybe his most contentious topic, however, was his suggestion that referee Berry treated the South African captain Siya Kolisi with less respect than Alun-Wyn Jones. 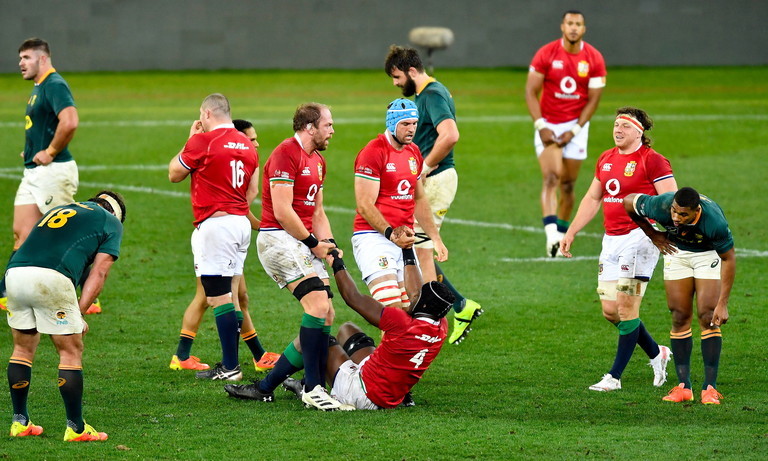 Maro Itoje is helped to his feet by team-mates Alun Wyn Jones, left, and Tadhg Beirne of British and Irish Lions after their win during the first test between the Lions and the Springboks. Photo by Ashley Vlotman/Sportsfile

For a man asserting that he doesn't want to blame officials for a loss, he's certainly found plenty of material.

The biggest bombshell of the video was yet to come though.

In the midst of all his rambling about refereeing decisions, Erasmus suggests that he might withdraw from his water boy duties and step back from the tour altogether. He said this suggestion was in the hope of making the tour "more fair" in what seems like a petty retort to the Lions' comments about the TMO.

Because I believe in fairness and the system and I believe in two teams having equal chance of competing in the match.

Rassie even said that in the event he left the tour, he would "support you guys" to the refereeing team, and attempt to understand why there are "grey areas" in decision making.

It's an absolutely bizarre video rant from Rassie Erasmus, and it's only added to the fiery atmosphere between the camps. The teardown has certainly ramped up the temperature ahead of the second test this Saturday. 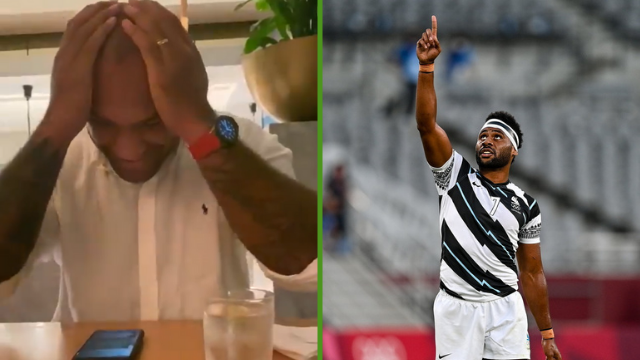