As we get closer to the first test between the Lions and South Africa,Warren Gatland and Rassie Erasmus have already started the mind games. The two sides will meet for the first time on Saturday, July 24th in Cape Town.

Of course, many of the players that will be involved in that game have already shared a pitch in recent days.

South Africa 'A' named an incredibly strong side for the warmup game against the Lions earlier this week, with the likes of Cheslin Kolbe and Faf de Klerk featuring in the 17-13 victory for the host nation.

The latter of those names was involved in a controversial incident in the game, with the scrum half producing a high hit on Lions prop Wyn Jones in the second half that was not punished by the officials as they deemed there was no contact to the Welshman's head.

Warren Gatland has now pleaded for consistency from referees ahead of the test series, saying:

I can’t understand where the comments were that there was no contact to the head. Someone was watching a different picture to me. I thought it looked reckless to me.

No arms and he’s hit the arm first and then the shoulder, but there’s definitely head-on-head contact. We’ve got a meeting with the referees tomorrow just to get a bit of clarity on that.

What we want is clarity so we get complete consistency. The citing commissioner looks at those things.

However, it appears as though South Africa director of rugby Rassie Erasmus is very unhappy with Gatland's suggestions that his side play on the edge of the rules.

He expressed this discontent in the Twitter replies of an Irish media outlet, no less.

The first one shows an arm around de Klerk's shoulder from Owen Farrell, with Erasmus asking his own questions about consistency.

While you at it please get clarity on this also !! 🔴🟡 penalty or play on ? We have to 100% sure and aligned ! Cant agree more pic.twitter.com/OxBReYlMXq

While you at it please get clarity on this also !!

The second featured another tackle from Farrell, this time on Jasper Wiese.

If there is time maybe also get absolute clarity and alignment on this one please, I know its way after the whistle, but lets just align and get clarity to be sure pic.twitter.com/6MKvHY4662

If there is time maybe also get absolute clarity and alignment on this one please, I know its way after the whistle, but lets just align and get clarity to be sure.

An odd thing to see when your scrolling through Twitter. Erasmus would of course be familiar with the Irish Examiner having spent a year at Munster.

We're sure the mind games between this pair are only getting started. 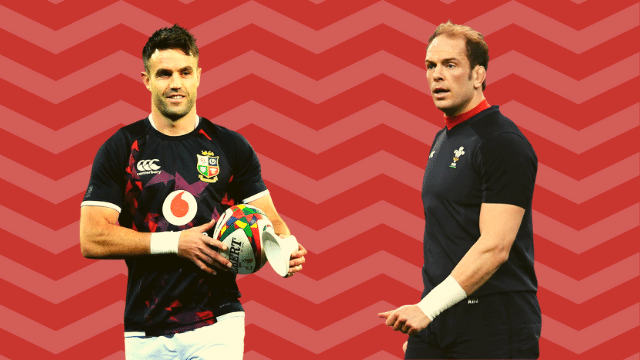