Australia pulled off a thrilling victory over New Zealand in Brisbane this morning, with the Wallabies coming out on top on a scoreline of 24-22.

This was the second consecutive weekend the two sides had met, with the All Blacks winning by a record margin of 43-5 in Sydney.

However, the home side were given some early encouragement when Ofa Tu’ungafasi was shown a red card after only 22 minutes for a high tackle on Tom Wright.

The prop could have little argument with the decision, becoming only the third All Black to be sent off in the professional era.

🚨 A red to the All Blacks after 21mins

You would have expected Australia to capitalise on their advantage from here, but they would be reduced to 14 men themselves only ten minutes later.

Lachlan Swinton was the one who received his marching orders after he planted his shoulder into the jack of Sam Whitelock.

🚨 Anddddd….. we’re back to square one

The two team could hardly be separated from this point, with the All Blacks leading 15-14 heading into the final quarter. Unfortunately for them, a yellow card for Scott Barrett in the 67th minute handed the Aussies the advantage.

A penalty from Reece Hodge and a converted try from Taniela Tupou had the home side home leading by nine points with five minutes to go. A late try for Tupou Vaai got New Zealand to within two points, but Australia managed to hang on.

New Zealand sit top of the three-team Rugby Championship on six points, with Australia on four points. Argentina have yet to play in this year's competition.

SEE ALSO: CJ Stander's First Night Out In Cork Was A Memorable One 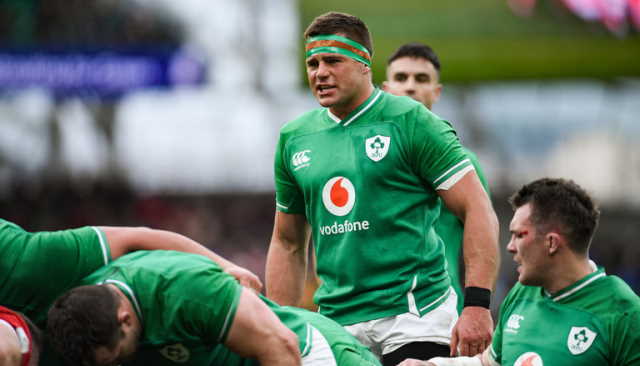