There's massive news this morning for fans of Munster and Ireland. Simon Zebo is coming.

Nik Simon of the Daily Mail has reported that Racing 92 star Simon Zebo has agreed a sensational return to Thomond Park next season. The fullback departed for Paris in 2018, where he further established his credentials as one of the best backs in the Northern Hemisphere. His contract expires at the end of the season, making him a free agent. After much speculation, we seem to have confirmation today that he will back in the red of Munster for the 2021-22 season.

Simon Zebo has agreed to return to Munster this summer, meaning he could force his way back into Ireland’s 2023 World Cup plans. Deal likely to be announced this week. Exclusive story on @MailSport

The 31-year-old has not played for Ireland since departing for Paris, as the Ireland team has a policy of only selecting players based at home. Zebo's loss has been greatly felt in that time span, especially during Ireland's colossally awful 2019 World Cup campaign. Whether the Corkman can fight his way back into the Ireland reckoning at this stage in his career is a question for another day.

It's the second unexpected roster announcement from Thomond Park in the last month. Back in March, CJ Sander announced his shock retirement from rugby.

Zebo's future has been up in the air all spring, and he was also linked to a move to London Irish last month. Zebo made 144 appearances in the red of Munster between 2010 and 2018.

We are awaiting confirmation from Munster and Zebo's camp but the news would be huge for Munster as their quest for silverware stretches into its second decade.

In February, Zebo spoke about his next career move.

“I am very close to making a decision.”

“Both options have a good side: I love my life in Paris, I would like to help Racing win the Champions Cup, but the idea of ​​one day playing again in Munster and playing in the World Cup is also very attractive."

“I think I’ll settle all of that next week."

UPDATE: Munster have confirmed this afternoon confirmed Zebo will be joining them next year. He signed a one-year contract and took a pay cut to rejoin Munster.

SEE ALSO: Simon Zebo Took Pay Cut So He Could Return To Munster 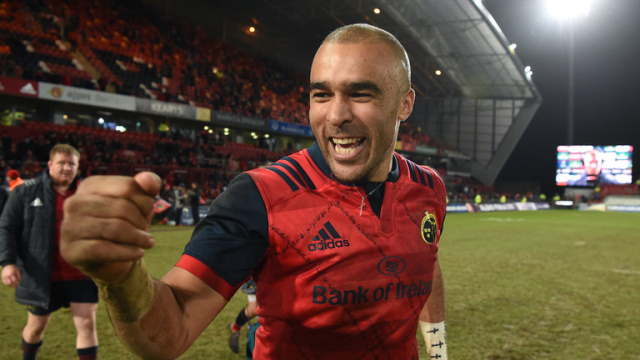