Irish sports fan are gearing up for a blockbuster week of sport across the Irish sea with Cheltenham and the chance to secure a Grand Slam taking centre stage in England. However, the clamour for tickets has resulted in the RFU warning fans against selling tickets to Irish fans on secondary markets.

The final Six Nations round sees Ireland travel to Twickenham knowing a win would secure a Grand Slam to go along with their Six Nations trophy. With Joe Schmidt's side on the cusp of their first Slam since 2009, Irish supporters are naturally keen to witness the game.

As a result, tickets have soared on reseller markets, with prices as high as €4,227 euro on certain sites. 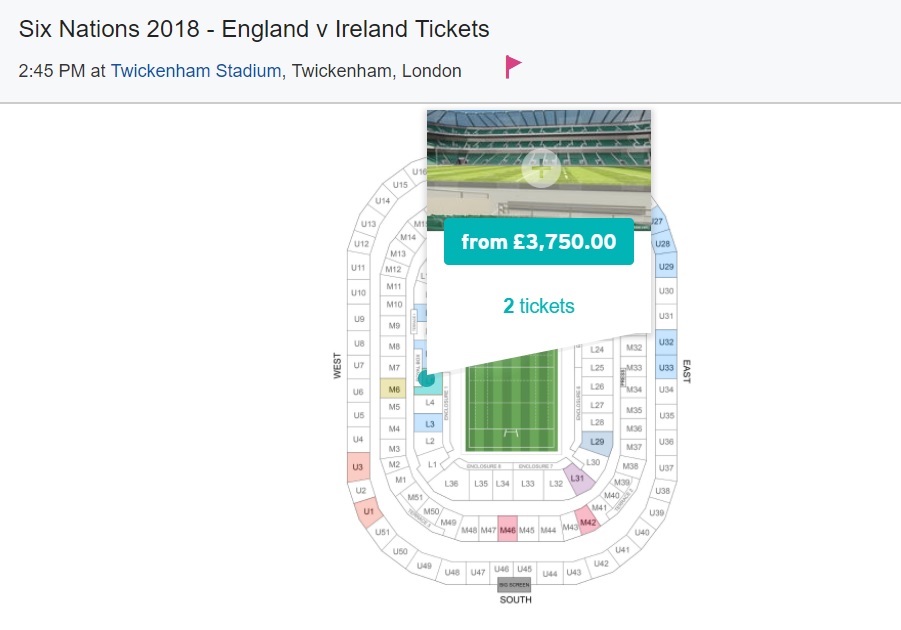 In a bid to combat ticket touting, the RFU have a policy that any unwanted tickets must be sold through the official reseller or returned. Those reselling could face stadium bans.

Per the Telegraph, the RFU have issued a stern warning to any potential sellers.

The England v Ireland match at Twickenham is sold out, and has been for a long time. There is huge interest in the match.

Our stance on the secondary market is very clear – Twickenham tickets cannot be sold on secondary websites. It is a clear breach of our ticketing terms and conditions, and we are constantly monitoring the marketplace. Our message to rugby fans is clear – don’t risk your money by purchasing tickets from a secondary site because if you do, there is a good chance you won’t be able to get in. As ever, we want tickets to go to rugby fans who want to come to the match – and not to people who want to trade them as a commodity.