Garry Ringrose is the future.

The talented centre is earning such rave reviews, and the hypetrain is gathering pace. The former World Rugby junior player of the year nominee must have the hopes of a nation resting on his shoulders given the clamour to include him in Joe Schmidt's team for the Six Nations. Sometimes it's hard to remember that the 21-year-old only has nine appearances in senior professional rugby. Are we putting too much on Ringrose too soon?

That's the opinion of Neil Francis, and it's hard not to agree with him.

It's the continuous conundrum about how to develop youth players - we see southern hemisphere players thrown into the deep end and thrive - Handre Pollard made his South African debut against New Zealand a week after winning the Junior World Cup player of the tournament in bringing South Africa to the final. Does that mean that Ringrose should be thrown into the firing line in February up against Jamie Roberts?

Ringrose stands at 6'1'', and nearly 14 stone. He's bigger than the types of centre that Ireland are used to, and has certainly bulked up since his star turn in the U-20 competitions. But having him face the biggest back-line in international rugby for his first cap seems like a ridiculous notion. Roberts has over 3 stone on Ringrose alone.

See Also: Garry Ringrose Gets BOD Of Approval For Part In Wonderful Leinster Try Vs Munster

That's the basis for Francis' argument in an entertaining read in the Sunday Independent. Francis profiles Ringrose's rise from missing out on the Blackrock JCT team because he was too small (another comparison to a previous Leinster no. 13), before being the biggest star in the impressive line-ups Leinster Senior Cup final in 2013 that are likely to produce up to 13 provincial representatives. 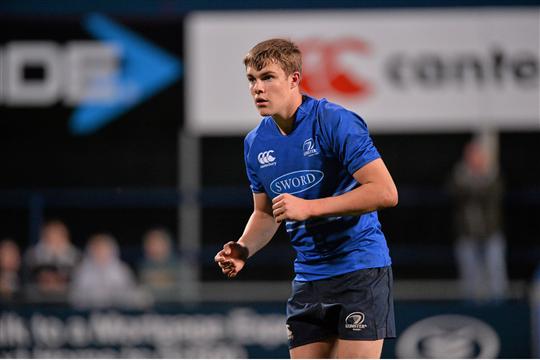 There's no doubt that Ringrose has impressed at every opportunity for Leinster this season, but I agree with Francis - it's too soon to thrown him in the way of Jamie Roberts:

The 'give yew-ith a chance' brigade calling for him to be thrown in against Jamie Roberts and Mathieu Bastareaud are on a mission. Quite often these calls come from people who have not the slightest notion of what is required to just survive in the bear-put of Test rugby. Sometimes the call comes from people who do know. I was surprised at Brian O'Driscoll's view. Handre Pollard and Jesse Kriel, who played in the same under 20 rugby World Cup as Ringrose, played for South Africa in the Rugby Championship and World Cup in 2015. The Saffers just produce bigger, stronger men than we do and they physically mature quicker than ours do.

There are a lot reasons to wait on Ringrose's introduction into test level. For every South African youngster success, there are the likes of James O'Connor or Tom Prydie who were thrown into the limelight before they were ready. For O'Connor, the fame and expectation has derailed his career since making his international debut at 18, and for Prydie, who made just one appearance for Wales since his four caps in 2010.

We're not in danger of Ringrose going down the same path as either Prydie or O'Connor; but there is a note of caution. We don't want to destroy his confidence by making sure he's ready for the test. Perhaps giving him more than 10 minutes of Champions Cup rugby would be a better step for Ringrose, and allow him target tests against Italy or Canada in 2016.

As Francis so neatly sums it up:

Ringrose is a bright, balanced and unassuming. A natural. But all things in their own time.

See Also: Brent Pope Has Made An Interesting Comparison Fro Ringrose And It's Not O'Driscoll