Friday night's episode of The Late Late Show  was packed with well-known sports names, including Colm Cooper, Henry Shefflin and Arsene Wenger. You can also add to that list, the most decorated Irish rugby player ever, Rob Kearney.

The now former Leinster full back joined Ryan Tubridy in studio to promote his recently released book, No Hiding - My Autobiography. During their chat, Rob spoke about the tragic death of his brother Ross, who was died after he was hit by a truck when crossing the road with their other brother, Richard, in 1988.

"I was two and a half, he was six. It's not something that I've spoken about too publicly down through the years but I suppose when you're doing a book you want to tribute the people who have been really important in your life."

"It's an opportunity for me to honour him and to honour my parents as well, who managed to keep the show on the road and make a very normal environment for me growing up, when it was anything but normal."

Given his age, Rob doesn't have any memory of the time – a fact he described as both fortunate and unfortunate:

"I haven't had to endure the scars that mum, dad and Richard have had to, but there's a huge part of me as well that would have loved to have gotten to know him and remember some of the memories that we would have had together."

2009 was a special year for the Kearneys, with Rob part of the Ireland team that beat Wales in Cardiff to secure the nation's first Grand Slam since 1948. The players' jerseys that day were emblazoned with the names of Irish supporters on the back, and Rob had included Ross' name right at the top of his own.

"In some complex way I felt as if he was out there on the field with me. We got back to the hotel room that night, and mum, dad and Richard came up to my bedroom in our hotel room in Cardiff. I was clearing out my gear bag and I threw Richard the jersey."

"I told him to turn it around and he was looking at all the names on it. I said 'Look at the name on the top,' and he was like 'Ross Kearney. Who's Ross Kearney?' And I was like 'Our bother, Ross.'

"Dad will always say that was his proudest rugby moment; better than any medal or any try that we've ever given him. So it was really nice to be able to give them that."

Rob and Ross also have the same birthday, something which means a lot him: "We share a birthday. It's really nice. I don't have any memories per se of our time together but I wake up on my birthday and he'll always be the first person I think of."

You can watch the full interview with Kearney on the RTÉ Player here. 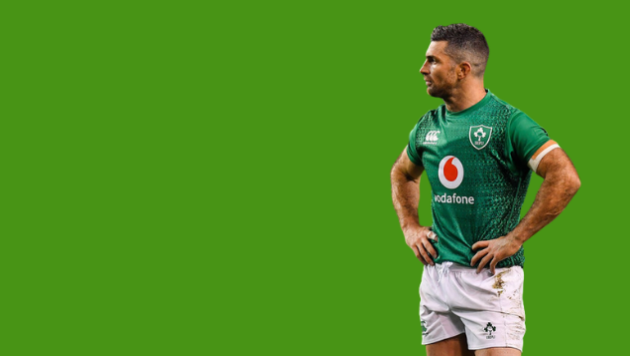