It's almost a different world down under. Australian Super Rugby AU side Western Force were able to bring back some life to HBF Park last night due to the country's low Covid-19 numbers. 10,000 fans were welcomed to the Perth homestead for the first time since 2017.

Former Ireland international and Leinster full-back Rob Kearney made his eagerly anticipated debut in the starting fifteen. The 34-year old donned the familiar number 15 shirt for the Force, who were up against it with the challenge brought by the ACT Brumbies.

It has been the guts of 16 years since Kearney made his last club rugby debut. That was a different setting, a Celtic League match for Leinster against the Ospreys. The 95-cap Ireland international announced his Leinster departure in September of last year, signing a one-year-deal with the Western Force in the same month.

The game began with an exchange of penalties before former-Exeter scrum-half Nic White provided a lovely lay-off to put Brumbies out-half Noah Lolesio through on goal. A try for the visitors.

The Western Force had a try disallowed more than ten minutes later. Australian International Lolesio put the Brumbies 13-6 up at the half-time mark with a penalty. It wasn't all plain-sailing for Kearney's debut in the second-half then. Centre Irae Simone found his way through the Force defence minutes into the second-half to make it 18-6.

It wasn't until late in the game when the Brumbies found themselves through again, this time with some swift passing as Issak Fines skipped past Kearney combined with the penalty to make it 27-6. A late consolation try for the Force levelled the score-line a bit, but it wasn't their day.

Nonetheless, Kearney had his moments in the game, despite it not being one for the ages.

The Louth native will certainly be glad to get out onto the pitch, having spent his first couple of weeks in Australia undergoing the country's mandatory hotel quarantine for all foreign arrivals. 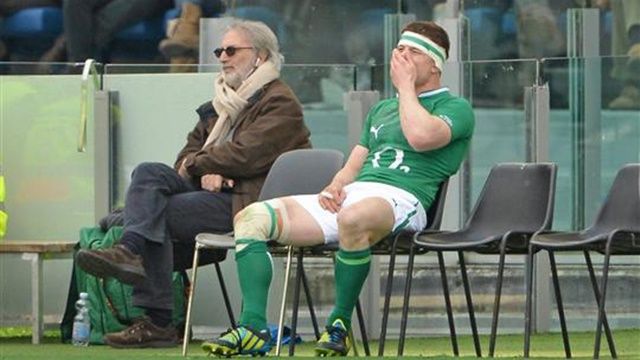