Two days after arriving in Japan for the Rugby World Cup, Ireland have been dealt a fresh injury blow with the news Robbie Henshaw is now a doubt for the tournament due to a hamstring issue.

Rumours about an issue had circulated online Saturday morning and now both the Irish Times and Rugbypass have confirmed that the Leinster centre has suffered a hamstring tear. 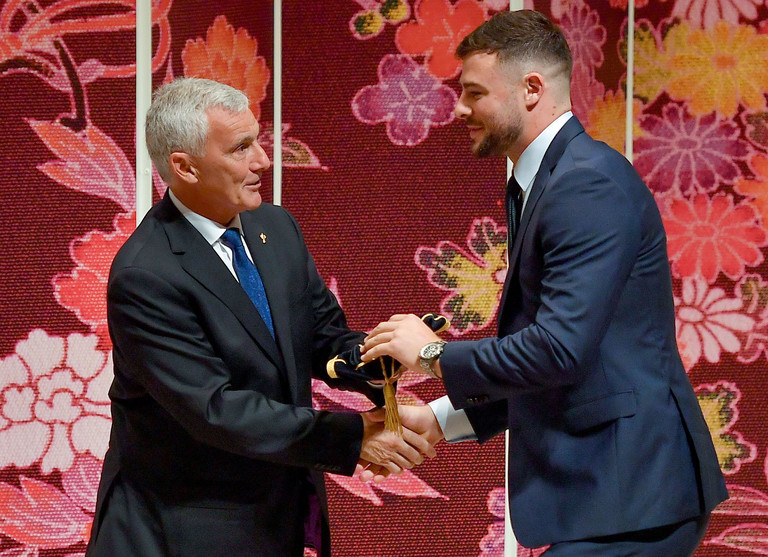 Henshaw suffered a similar injury prior to the 2015 World Cup and missed the opening two games of that tournament. Ireland are set to take on Scotland in just eight days and with Henshaw now likely to miss out, the probable centre partnership would see Bundee Aki team up with Garry Ringrose.

Henshaw had played Ireland's final warm-up game against Wales and impressed. It was a hamstring issue that kept him out of Ireland's 2018 November Internationals.

Should he miss the tournament, Will Addison is in pole position to be called in. The Ulster versatile back is one of three players who remained with the final squad as an extra body prior to that Welsh match.

SEE ALSO: Rory Best Explains How His Approach To Ireland Captaincy Has Evolved