'I'd Back Myself To Be A Head Coach... I've Said No To Plenty Of Jobs'

Ronan O’Gara answers with certainty regarding his decision to stay with the Crusaders for a second season.

“Yeah, yeah it was,” O’Gara said at the launch of Guinness’ #AnswerIrelandsCall campaign on Wednesday.

“From a family point of view, it's not because it's so far away but we'll all go down again.

“From a rugby point of view, it's hugely fulfilling.”

It's nearly a year since the former Munster out-half announced he would be leaving Racing 92 after four-and-a-half years at the club. New Zealand and Super Rugby’s Crusaders was the surprise destination as the 41-year-old looked to further broaden his coaching horizons. During the summer, he agreed an extension to his term as the Crusaders’ backs coach.

O’Gara says that he could spend hours explaining what he learned in that first season, one where his new team won a second consecutive Super Rugby title.

It solidifies a lot of your own beliefs and challenges other beliefs. You see things very differently as well.

I'd say a bit of a reshaping in terms of how I saw the game and how I see the game now.

When he first arrived in Christchurch, there was a little bit of uncertainty among the Crusaders squad as the players assessed their new coach. It was a scene he knew well from his 16 years as a player. He just had to give them time to work him out.

“I definitely know that I connected with them. It's very important that you connect with the people you're coaching.

"They're a great bunch of lads. If I didn't enjoy it, or think that it was right for me or them, you wouldn't go back again.” 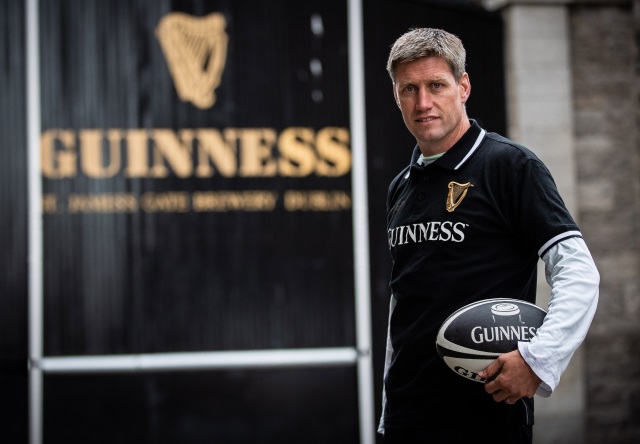 It was late in O’Gara’s playing career - he retired in 2013, aged 36 - when he began to realise that he might have the aptitude for coaching. Up until then, he had been a competitive animal, just thinking about the next game or the next training session and how he could improve.

“It was something that I felt came easily to me: just trying to connect with your teammates and make them feel good about themselves. There's that and the technical side of it as well."

O’Gara has no doubt that he will one day become a head coach. The spotlight which comes with being the main decision maker would not blind him.

I'm not afraid of what people think or say, I'll make up my mind with what I want to do and what I've always believed in and if I believe it's the right thing to do, I'll go for it.

It's about the enjoyment, too. I've said no to plenty of jobs but you have to ask yourself why are you doing it?

The title doesn't really bother me, it's [about] working with decent people at decent clubs. I'm still only six years coaching, it's still a pretty low amount of mileage.

It depends on what road you want to take - I like to be hands on, getting on the grass.

The first few years were at Racing, my second job is with the Crusaders. Coaching, you're going to have lots of jobs, and that's the reality of it.

It's a case of trying to pick a good job but also know that it's different from being a player, there's a family decision with it that you've got to do what your family want to do as well. That comes into it big time as well.

Long-term, he believes having worked in France, New Zealand and maybe elsewhere will him a better coach. “From my point of view, it just leaves less questions marks in your head.”

Earlier this month, O’Gara was on the Thomond Park sideline working as a pundit for Virgin Media Sport as Munster beat Gloucester in the Champions Cup.

He may return to Limerick as a coach one day, but right now, he doesn’t have that urge.

“I didn’t get that pang at all to be honest. I was just watching the game and it was good at pitch level being able to see the communication of players.

“I don't have that burning in my at the minute. I'm just focused on seeing where I am and how I get the best out of myself.

"I'm looking for to getting down to the Crusaders.”

O’Gara will be on that plane back to New Zealand at the end of November.

Guinness is the official title sponsor of the Guinness series and a proud supporter of Irish Rugby.