The Lions had a very comfortable win in yesterday's game against the Sigma Lions, and while there were plenty of positives in the performance, there will also be some concerns for Warren Gatland.

Some players will feel that they did enough to stake claim for a place in the test side, but others will have seen their chances diminished.

Finn Russell is probably in that latter category.

Given the nod to start at 'ten', he emerged from the game with more questions hanging over his head than he did before kick-off. The Scot is an unpredictable player, something that hurts his stock as often as it works to his advantage.

Ronan O'Gara believes that such a style of plays is not something that is likely to work to the team's advantage against a regimented and physical South Africa side.

Speaking on Sky Sports after yesterday's game, the former Munster man said Russell is not the type of character you would want starting at out-half in the upcoming series.

I think our point of difference will be if we can get tempo or flow on a phase game and then variety in our kicking game. If it's a Barbarians game, there is no decision - it's Finn Russell starting at No. 10.

But at this level, 60 percent of it is defence and 40 percent is attack, and you need to build your team around that because occasions to score are so precious and it's so difficult.

Even to give up 14 points, that's too much to give up to a South African game and you have to be so stingy in defence.

So much of that is going to be crucial, so I'm absolutely intrigued to see which way he goes.

The point of difference for me would be you have an ace up your sleeve with Russell on the bench depending on how the game is going. Can he weave his magic in the first 30 minutes of a Test match? I wouldn't be so sure.

Dan Biggar was named man-of-the-match in the win over Japan last week, while Owen Farrell is also likely to be given some time in the then jersey as well as inside centre.

Russell looks like the odd man out as things stand. 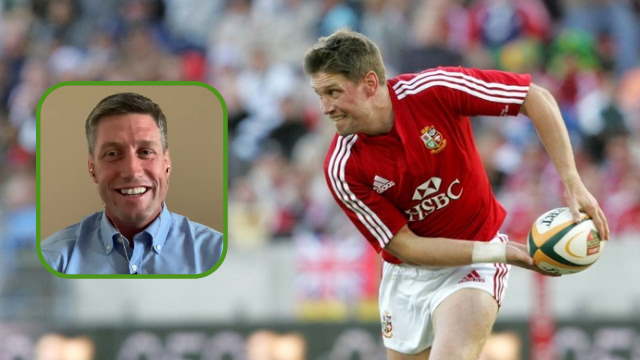