Ronan O'Gara takes on a new challenge this weekend, as he leads La Rochelle into their first ever Champions Cup final as head coach - and it seems as though his coaching pedigree has given him his big Hollywood break.

The Corkman has made waves in the coaching scene, having started off in Paris with Racing, before heading south to New Zealand with the Crusaders and then back to France with La Rochelle. Now, it appears his next assignment is to the Twin Cities of Minnesota, as he attempts to guide the Mighty Ducks with his assistant Jono Gibbes.

O'Gara is seen in the trailer for the film, giving an inspirational speech in what can only be seen as a dress rehearsal for his pre-match team talk on Saturday at Twickenham. He reminds his team that they are "not goons" and "not bullies", and says that they must refuse to change, no matter what anyone else tells them.

ROG pushes the pee-wee ice hockey team to declare with pride where they hail from - before a surprise appearance from another Irish rugby legend, Brian O'Driscoll. We can't say we're as convinced by BOD's acting chops as ROG's, but it's great to see the Irish making waves in Hollywood all the same.

You'd struggle to find anyone unmoved by ROG's closing lines, declaring the team "team America, from all across the USA", but it is his La Rochelle Director of Rugby Jono Gibbes who steals the show. When ROG asks the team why he knows they will succeed, the New Zealander steps forward and says:

Because we are ducks. And ducks fly together.

The brilliant edit from Stephen Connolly Comedy on YouTube has given us an insight into the potential for ROG's acting career, and we have to say we're sold. If The Mighty Ducks can be improved by the presence of Ronan O'Gara, the sky is the limit for the man's Hollywood career. 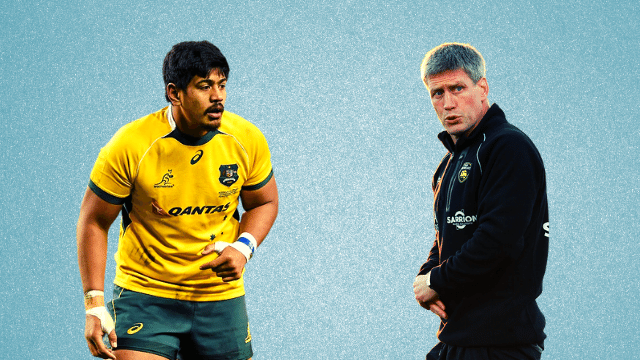