La Rochelle would fall at the final hurdle in their search for a first ever Champions Cup, with Ronan O'Gara's side losing to Toulouse at Twickenham.

It was an attritional game, with La Rochelle doing well to remain in the contest after having a player sent off in the first half. Unfortunately, they were unable to overcome the numerical disadvantage.

O'Gara has earned a huge amount of plaudits for his coaching this season and he was in a typically honest mood after the game. Speaking to BT Sport after the loss, he refused to make excuses for the result.

"Losers make excuses. We needed to be better and we weren't good enough."

Typically honest from Ronan O'Gara, but he insists there are plenty of positives to take from La Rochelle's defeat to Toulouse.#HeinekenChampionsCup pic.twitter.com/20hPgHlGqE

We made it too tough really. We were inaccurate and ill-disciplined in the first 40 minutes regardless of the red card.

That's disappointing. I thought emotional we were well, I probably have a question to answer for the players in terms of one of my star players had an ankle injury...

You can't change the past. He doesn't intend to go out there to get a red card. He hits so fair, so hard, but if you hit high it equals a red card. They're trying to make the game safer for all the parents out there and their kids.

We have no complaints on that, we just wanted to be a little bit better with the ball. We were at the end but we weren't consistent for the 80 minutes...

It was all about Europe, it's a special competition. We were so enjoying this journey, it comes to an end with a silver medal or a loser's medal depending what attitude you have...

Losers make excuses. We need to be better and we weren't good enough, so congratulations to Toulouse.

We have a feeling this won't be his last appearance in a major European final.

SEE ALSO: Ronan O'Gara As Gordon Bombay Is Everything We Need In Our Lives 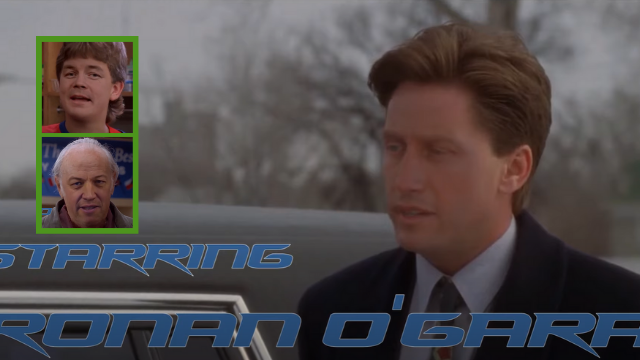