Ronan O'Gara was amongst the finest players ever to wear the Ireland jersey, but his international career probably didn't end on the terms he would have envisaged.

The fly-half was involved on a fierce battle with Johnny Sexton for the number ten jersey during his latter days with Ireland, one he would ultimately lose. He would spend the final couple of years at international playing understudy to Sexton, but he still enjoyed his fair share of playing time.

When he hung up his boots in the summer of 2013, it felt like the right time.

However, O'Gara has admitted that he struggled during this period.

In a brilliant column for the Irish Examiner today, the 43-year old details the struggles he went through after retiring from rugby. That included not wanting an Ireland team he had just left succeed without him, with a game against New Zealand the prime example.

I can provide date and time when it hit me like a truck. November 24, 2013. Ireland versus the All Blacks. I’ve an RTÉ microphone in my hand at pitch level, but I might as well be 100 miles away. Ireland are 22-17 in front, history is in their sights but I am utterly conflicted.

Many of these were my brothers, my team-mates. But now my career is done, littered with several failed efforts to beat New Zealand for the first time. Do I really want this to happen now, just a few months after I’ve retired?

That first season outside the bubble, are you really giving it the ‘c’mon Ireland, let’s do this’? It’s a horrible feeling, really. I’m neither proud or ashamed to say I didn’t want Ireland to win that afternoon.

You felt you had given your lot, only to be deprived on every occasion. There were some lads who were there with you, about to get over the line and you’re thrilled for them. Others, though, you’re resentful, almost bitter; they’d done very little in the green jersey and they’re going to achieve this milestone without even suffering...

Ryan Crotty goes over in the corner. 22-22. It’s all ok now. Ireland won’t beat the All Blacks this day. But now I don’t want them to lose! So, I’m hoping Aaron Cruden’s conversion is unsuccessful.

Worse to come. He misses the first time, but Nigel Owens gives him a second chance. I’ve flip-flopped back to Ireland. He converts. The full-time whistle. A shameful sense of Phew — for the fact Ireland didn’t win!

You can read the column in full here.

This is a fascinating insight to the mind of an elite sportsperson, with their competitive edge certainly not leaving them after they retire from the game. These conflicted thoughts from O'Gara are a prime example of that. 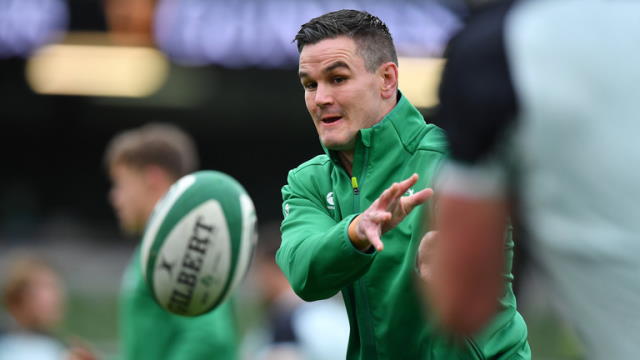 Rugby
1 hour ago
By Jonathan Byrne
Rory Best Wants To See Farrell Utilise 'Squad Of 25 Or 26' For Six Nations
GAA
2 days ago
By PJ Browne
Laois Legend Played Rugby For Ireland Just Weeks After Taking Up Sport
Rugby
5 days ago
By Gary Connaughton
Matt Williams Calls Out 'Ignorance' Towards Leo Cullen's Leinster Achievements
Popular on Balls
Football
2 days ago
By PJ Browne
Ireland's Lee O'Connor Says It Was An 'Easy Decision' To Leave Celtic
Football
1 day ago
By Eoin Harrington
Quiz: Name Every Player To Score In A Champions League Final
52