There has been plenty of debate in this country surrounding Warren Gatland's Lions selection earlier today.

While many were pleasantly surprised to see Bundee Aki and Jack Conan included, the absence of Johnny Sexton, James Ryan, and Garry Rongrose (to name a few) has raised a few eyebrows.

Ryan would have been seen as a nailed on inclusion a year ago, although it must be admitted that his form hasn't hit the heights he would have hoped for. Still, picking Jonny Hill ahead of him is a bit of a strange call.

Then you have Sexton. Warren Gatland has admitted that durability concerns played a big part in his decision to choose Dan Biggar and Finn Russell ahead of the 35-year old.

However, neither of those players has hit the heights that Sexton has in recent times.

Writing in his column for the Irish Examiner, Ronan O'Gara said that the short-term nature of a Lions squad selection meant that the decision to omit the Leinster man made little sense. He also said he was 'gutted' to see Ryan miss out:

While there is understandable comment on the exclusion of Johnny Sexton, his Leinster colleague James Ryan is another I am truly gutted for...

These things are totally subjective, but excluding Johnny Sexton doesn’t make sense to me from the only perspective that is important - the rugby perspective.

We are talking about this summer, nothing beyond that, and in that context and timeframe, he is clearly a better and more experienced option than Finn Russell or Dan Biggar in the moments when the pressure is ratcheted up against the world champions.

There are different criteria applying to each of the big omissions and you have to respect the decision-making process of Gatland and his management. The proof of the pudding will be in July and August.

Sexton outperformed both the trio of Biggar, Russell, and Farrell in this year's Six Nations. He kicked more penalties and more conversions than all three, with his personal tally of 65 points the highest in the entire tournament.

He can count himself as unlucky to miss out despite his injury concerns.

SEE ALSO: Three Out-Halves Who Sexton Outperformed In The Six Nations Picked Ahead Of Him 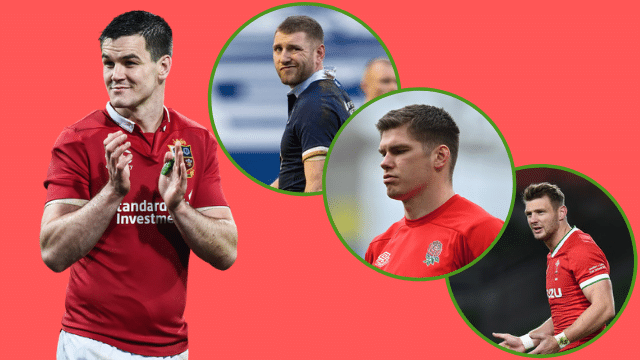