Ronan O'Gara Not Convinced By Scotland's 'Best Team In 20 Years'

Ireland travel to Murrayfield tomorrow afternoon in a difficult position.

They are out of the running in championship terms and have failed to produce their best form over the first three games. They are also coming up against a confident Scottish team, one who defeated England at Twickenham on the opening weekend.

The Scots always fancy their chances against Ireland, but their record against them has been dire over the last 20 years. They have only finished above Ireland once in the Six Nations since the turn of the century.

However, this will be the ideal opportunity change that narrative.

Speaking on Virgin Media this afternoon, former Scotland coach Matt Williams said that while that wasn't a 'great' Scottish team, it was still the best one they had produced in the last 20 years.

Ireland have finished above Scotland in every Six Nations Championship bar one.

Is tomorrow their toughest test yet vs Gregor Townsend's side?

You've go to say this about this Scottish team: it's not a great side but it's the best Scottish team I've seen in 20 years...

Usually when you coach a Scottish side, as I've done, Ian McGeechan gave me advice and said 'you're going to have between seven and 11 test players, it's what you do with those others and how you bring them up to standard'.

When you play a quality side like Ireland have been over the last 20 years it is very difficult, as the stats show.

But now through recruitment and development they have quality players across the XV.

It was a fairly low bar in fairness.

Ronan O'Gara shared that opinion, saying that he was confident Ireland could get a result tomorrow if they went at the home side.

Every year they do talk themselves up and they think this is their year. Working with Shaggy (Shane Horgan) he will tell you that he really believes that it's their time.

But we've never seen it. If you only go back four months they came to the Aviva in a similar situation, obviously this is Murrayfield but it's an empty stadium.

They were in the game, but if you look at the end of the game after 80 minutes it was a comprehensive and facile victory for Ireland.

Not much has changed in that time. I think if you can get into them then maybe it could be a very, very productive day for Ireland.

Scotland have beaten Ireland only once since 2014, although each of their last three wins in this fixture have come at home. 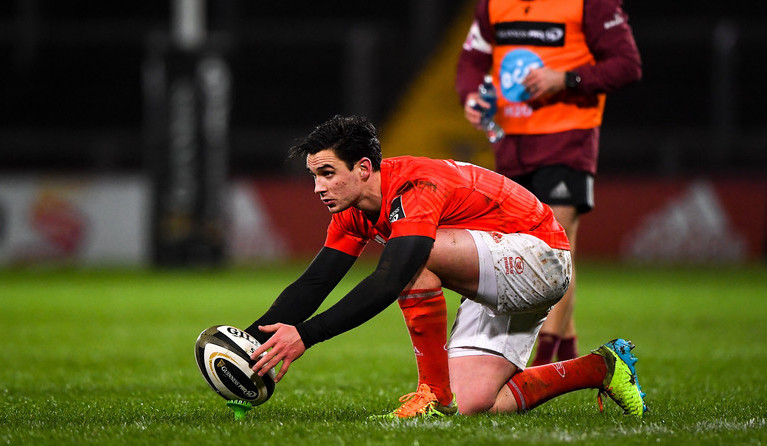 Football
5 days ago
By Eoin Harrington
How To Get ITV In Ireland For The FA Cup Final
Rugby
1 week ago
By Colman Stanley
Eimear Considine: 'We Need Depth Because We Were Matching England'
Rugby
1 month ago
By PJ Browne
Ireland Pick Up First Six Nations Win After 'Tough' Few Weeks
Previous Next

Football
5 days ago
By Eoin Harrington
How To Get ITV In Ireland For The FA Cup Final
Rugby
1 week ago
By Colman Stanley
Eimear Considine: 'We Need Depth Because We Were Matching England'
Rugby
1 month ago
By PJ Browne
Ireland Pick Up First Six Nations Win After 'Tough' Few Weeks
Popular on Balls
GAA
3 days ago
By PJ Browne
Mayo's Padraig O'Hora Using Football To Promote His Real Passion
Rugby
21 hours ago
By Colman Stanley
'That Pace, That Intensity, That Organisation' All Black Legend Has High Praise For Leinster
GAA
22 hours ago
By PJ Browne
Jim McGuinness's Gut Tells Him Dublin Will Win The All-Ireland
33