Neil Francis is no supporter of Munster but he spoke for many fans of the province yesterday when he pitched Ronan O'Gara as the man to stop Munster's trophy rot.

Last Saturday's result at the RDS in the Pro 14 final was devastating for Munster. The gulf in class between Leinster and Munster cannot be bridged by Johann van Graan. Munster's wait for silverware will likely stretch into a second decade by the end of this season. There is a growing frustration that van Graan simply can't inspire Munster to silverware. If not now, then when?

Meanwhile, two icons of the province continue to establish themselves their bona fides as elite coaches. O'Gara's La Rochelle sit second in the Pro14 and have a massive Champions Cup fixture away to Gloucester this weekend. Paul O'Connell had a massive impact as Ireland forwards coach this winter.

Rog and Paulie. Two icons of the club who encapsulate the province's identity. It would seem like the stuff of the greatest Hollywood sports movies if a coaching ticket of Rog and Paulie returned to Thomond to bring back the glory days. But is it too good to be true?

Can we break the bank and get ROG in please 🙈 #LEIvMUN

O'Gara's Friday column in the Irish Examiner is always must-read. Today O'Gara has given his thoughts on the Munster defeat at the weekend, and most interestingly, his own trajectory in management. On Saturday's result, O'Gara is frank: 'as an ex-player, you'd be worried about the club now, and whether they are losing their identity. What do Munster stand for now?'

These are things all Munster fans have grappled with this week. Yet it's O'Gara's comments on coaching Munster that are most fascinating. O'Gara directly addresses the calls for him to care over Munster.

The irony is that Paulie is now coaching the Irish forwards when the club is crying out for someone like him. And of course, I hear the voices saying, ‘if Rog is so bothered, why isn't he back here doing something about it?' To which one might reply that I'm on my own career path and I don't have any role in solving Munster's problems.

Indeed, I may never have.

On one level, it's a statement of fact. it's not his job to fix Munster, and it might never be. But that last sentence hangs ominously and offers food for thought for all Munster fans. Anyone presuming that Rog will be motivated by blind loyalty to some day parachute in to save the club is sorely mistaken. O'Gara is building an impressive CV for himself as a rugby coach. He might be the transformational coach the province badly needs, but what if his career is heading in a different direction? Johann Van Graan is under contract for another season at Munster. Sentimentality aside, will the Munster job match O'Gara's ambition in a year's time?

The job for Munster is clear but not simple. Define its identity. 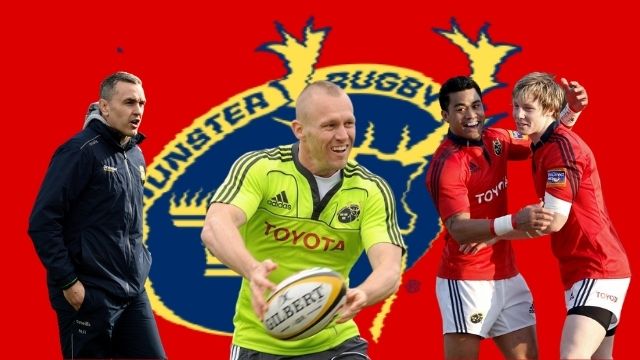