Ireland went into today's Six Nations curtainraiser in confident form. They'd vanquished the All Blacks and Australia in November. Scotland was a formidable challenge but results like Munster's win in Scotstoun last month gave Irish fans plenty of cause for optimism today. It was Scotland, after all.

You could even say Ronan O'Gara spoke for the most of the Irish rugby public when he said he didn't think the Scots could back up their lippy talk just.

Ronan O'Gara: "I hope we hammer @Scotlandteam. Too mouthy but they can't back it up." pic.twitter.com/mAySNK7dSi

Well, how wrong we all were! Scotland were deserved winners today and the result blows the 2017 Six Nations wide open.

Safe to say, Scottish rugby fans on Twitter have been enjoying themselves this evening watching back those Ronan O'Gara Scotland comments.  There's 147 comments on and counting on the RTE tweet of O'Gara's comments and they all seem to come from Braveheart country. 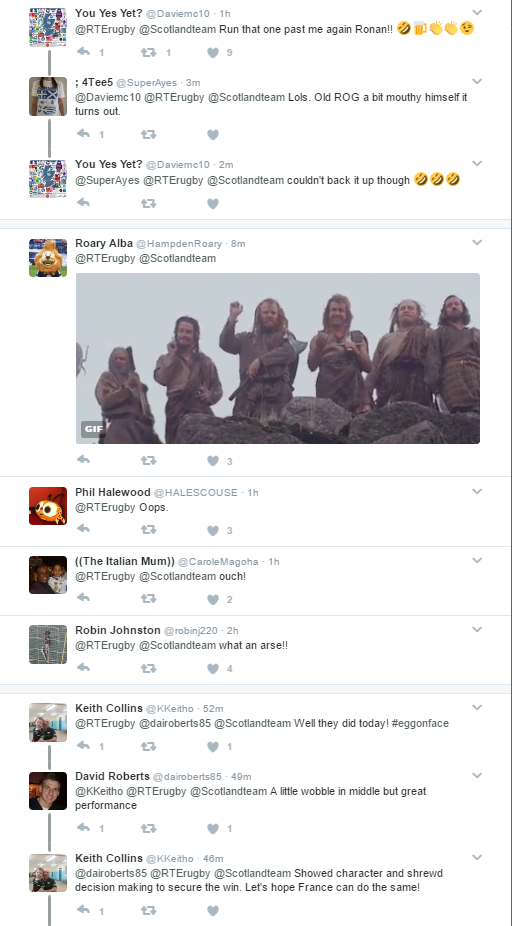 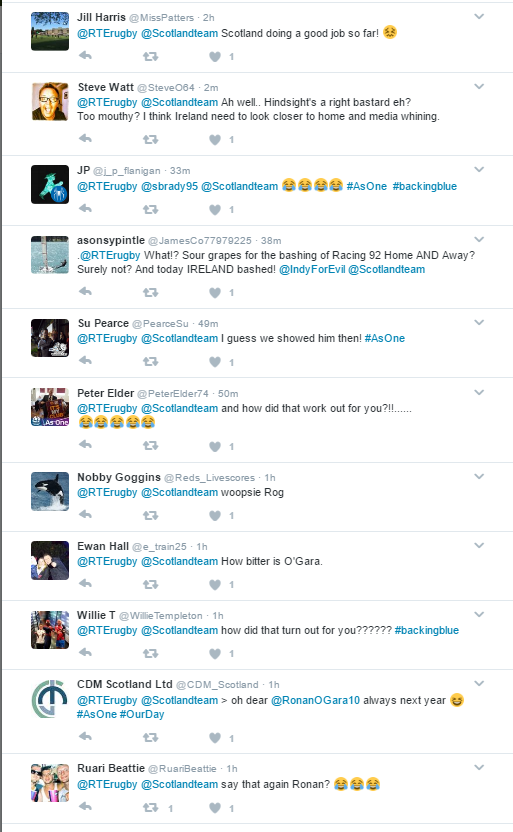 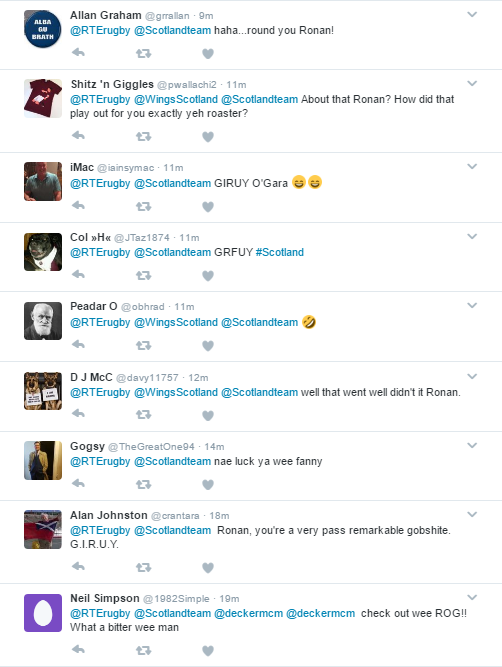 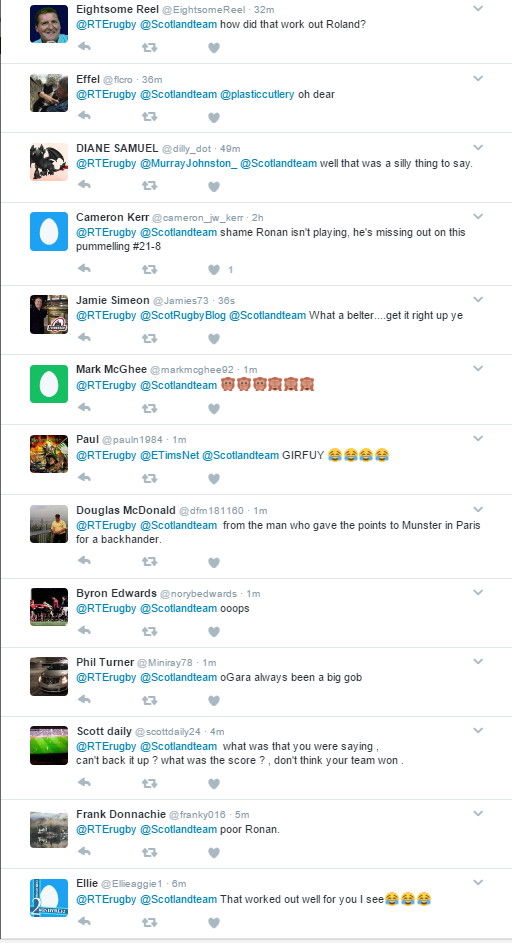 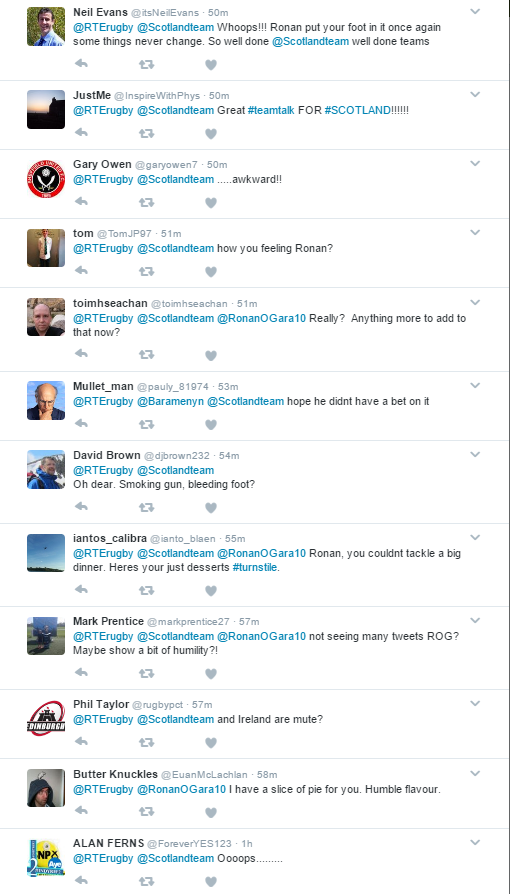 Rugby
4 years ago
By Conor O'Leary
The Ireland Squad If Joe Schmidt Could Only Pick One Player From Each County?
Previous Next