After a victory in Cape Town this evening, the Lions are in a dominant position in the series against South Africa.

The match was a tough watch at times, especially in the first half. The home side dominated, capitalising on mistakes from the tourists in order to keep the scoreboard ticking over via the tee.

However, that script was flipped in the second half.

While the sides exchanged tries early in the second period, the Lions largely cut out the costly errors that had plagued them earlier in the contest. That allowed them to eek out the win.

There will be plenty of work to do ahead of the second test, but it is difficult to look beyond a Lions series victory as things stand.

One aspect of today's game that benefitted the Lions was the officiating. A number of TMO decisions went in their favour, most notably for a potential South Africa try early in the second half.

Of course, Warren Gatland piled the pressure on TMO Marius Jonker yesterday, believing that a South African should not be part of the officiating team.

Speaking on Sky Sports after the game, Ronan O'Gara said the Lions coach was very clever in how he spoke about the issue in the buildup to the fixture.

First of all, I think he's very smart and very experienced in running his week and getting the best out of his players and coaching group.

I thought it was a very smart comment to make.

What happens now with over 200 cameras in the ground is the fact that there are no hard luck stories in regards to decisions. Everything is clearly monitored live, then they have the capacity to go back and look at it.

When you're in the game, especially coaching and managing players, you've got to try and take the ref out of it as best you can. I thought the Lions showed incredible mental resilience to stay on task and do that because it wasn't looking pretty times.

They regrouped at halftime with a different plan and executed it. They did the simple things well and they made South Africa give away penalties and squeeze the life out of them. It actually became quite simple in the end.

But do not under-appreciate that the Lions only took the lead after 62 minutes, so it wasn't as comfortable as some poeople are making out in the aftermath of this game.

South Africa did have opportunities, but they didn't take them. Is that down to mental fatigue?

We imagine Rassie Erasmus will attempt to play his own mind games ahead of next week's second test. 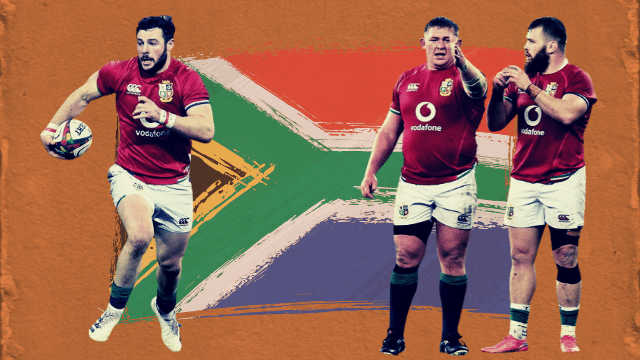