As the Ulster players did a lap of honour following Saturday evening's defeat to Leinster in the Champions Cup quarter-final, Jacob Stockdale approached Rory Best with a request.

Best was standing on the pitch at the time with the aid of crutches and a protective boot having been forced to leave the game early in the first half with an ankle injury.

The Ulster captain had been watching from the sideline when Stockdale burst through a wall of Leinster defenders early in the second half. It was an exhilarating moment which ended in head-in-hands despair when the ball fell from the winger's grasp metres over the try line.

A try at that time would have put Ulster 18-11 ahead with the conversion to come. In such a closely fought match, it would have been a game-changing score.

"He came over to me and apologised," said Best on Tuesday at the launch of Specsavers’ ‘Don’t Suffer in Silence’ campaign.

"[I said] 'it's ridiculous, you don't need to apologise.'

"I said, 'You don't need to apologise because of the way you played and some of the moments you had in that game. The other thing is, there are very few wingers who would even have crossed the try line.’ He goes, 'I know but I feel I need to.' 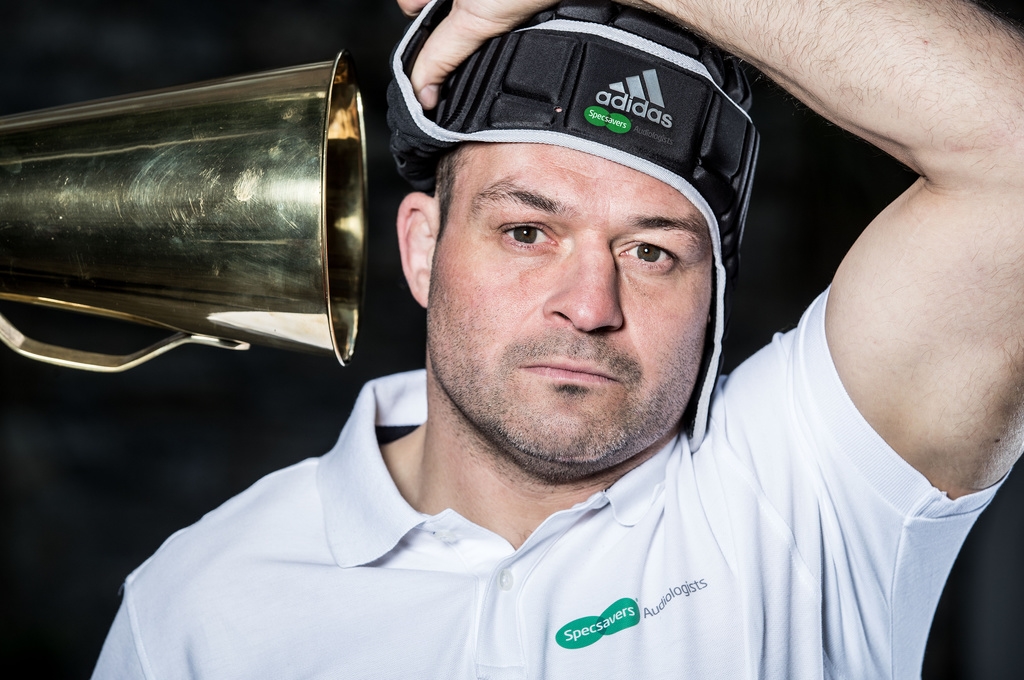 On Sunday, Stockdale posted an apology to Ulster supporters on Instagram. It had a similar sentiment to the one he had made in the Ulster dressing room following the game.

"I’ve had some incredible highs with Ulster rugby, but unfortunately yesterday was a low for me," wrote the 22-year-old.

Sport can be cruel and sometimes you have to learn your lessons the hard way. To the Ulster fans, I just want to say I am sorry, I let you down, the support we had yesterday was truly amazing and you deserve to be looking forward to a European semi-final.

"It was like a moment in the House of Commons - there was uproar in the changing room," said Best of Stockdale addressing his teammates. "Everyone was trying to say something to back him up."

While it is not what he would have done, Best believes that Stockdale issuing that public apology was the right decision for him - one he believes will have had a moderating effect on the social media reaction.

"I think Jacob met it head on and he put a statement out and I think people appreciated the fact that he did it," said Best.

"Sometimes people forget that there is a human being on the other side of all the abuse and I think his statement on social media showed that human side of it.

"I think when you actually get to the human side of it, it leaves it a lot harder to troll and abuse someone. You remember that that’s somebody’s son, that’s somebody’s best friend, that’s somebody’s brother, and I think that’s what Jacob did well, he got across what we got to witness in the changing room afterwards, how heartbroken he was for the team that he has grown up all his life wanting to play for."

Best knows that Stockdale will learn from his mistake and emerge a better player.

"Ultimately, he’s a finisher and he knows himself but from what I’ve seen of Jacob over the last 18 months, he’s very good at trying to be better.

"He’ll use this and he’ll bounce back. He’s bitterly disappointed but unfortunately, it’s something that you have to get used to. If you’re going to be a top level professional rugby player, you’re going to have some bitter disappointments along the way and probably what sets apart the ones who stay around the longest - the ones who achieve the most - [they] are the ones that bounce back strongest.

"From what I’ve seen of Jacob Stockdale so far, I’ve no doubt he will bounce back."

Above: Rory Best launches Specsavers Audiologists’ ‘Don’t Suffer in Silence’ campaign, that encourages Irish adults to take a more proactive approach to their hearing health. New research reveals that almost half of Irish adults worry about losing their hearing. Rory is an advocate of proactive hearing health, gets tested whenever he suffers from hearing symptoms and knows first-hand what it's like to live with family members who have hearing loss.

Rugby
4 weeks ago
By PJ Browne
Best Of 2021: 'My Son Played GAA And Rugby. He Met People From All Aspects Of Northern Ireland'
Previous Next