In the absence of Johnny Sexton, James Ryan will captain Ireland against England at Twickenham this weekend.

Sexton misses the Autumn Nations Cup game due to a hamstring injury which he suffered against Wales on Friday.

"It is a huge honour for me, so I'm looking forward to it," said Ryan.

"Probably the great thing about it is, I won't be on my own - there's guys like Peter O'Mahony there, Hendy (Iain Henderson), Earlsy (Keith Earls), a huge amount of experience.

"Johnny's in [the training camp] for the week as well, so we'll be very much be driving things together this week, as we usually would.

"Even when Johnny's captain, we tend to drive the week as a collective. There's a core group of us."

The Ireland second row spoke to media on Tuesday as he prepares to captain Andy Farrell's side against England at Twickenham ⤵️#ShoulderToShoulder #GuinnessSeries #AutumnNationsCup #ENGvIRE pic.twitter.com/giOTA8o4sx

Long-term, Rory Best believes that either Ryan or Garry Ringrose will be the Ireland captain.

"It looked like James Ryan was captaining on Friday when Johnny went off," Best, who was Ireland captain prior to Sexton, told the BBC Radio 5 Live Rugby Union Weekly podcast.

"Pete was very much beside him and very much in his ear, which is what James needs.

"I think it'll be a nod to James to say that they need him to step up and be more than just a leader by example, which he does incredibly well for such a young man. They need him to be that leader but also to take more responsibility throughout the game

"I'd be really excited about James. He's somebody that everyone likes. He's a wee bit strange with some of his habits. He's really likeable. For me, that would be one of the top things that I would look for if I was playing in a team, that you like the captain and you want to play for the captain." 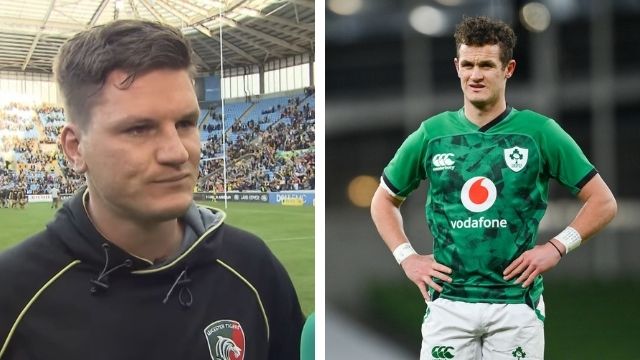