When The Rose Of Tralee Was Ireland's Rugby World Cup Anthem

Primarily out of hostility to the song, there was much scoffing at the notion of TV3 making a whole documentary about 'Ireland's Call' ahead of the 2015 Rugby World Cup.

And while the second half of the documentary dragged on a bit, the first half was thoroughly engaging and laid out the rock solid rationale behind the song's composition.

On away tours in the pre-professional era, Ireland brought no music to the pre-match festivities. But the advent of the World Cup necessitated an anthem.

Before the 1987 World Cup, three Irish players - Davey Irwin, Nigel Carr and Philip Rainey - were injured by an IRA car bomb. Carr, a triple crown winning back-row from 1985 was forced to retire. 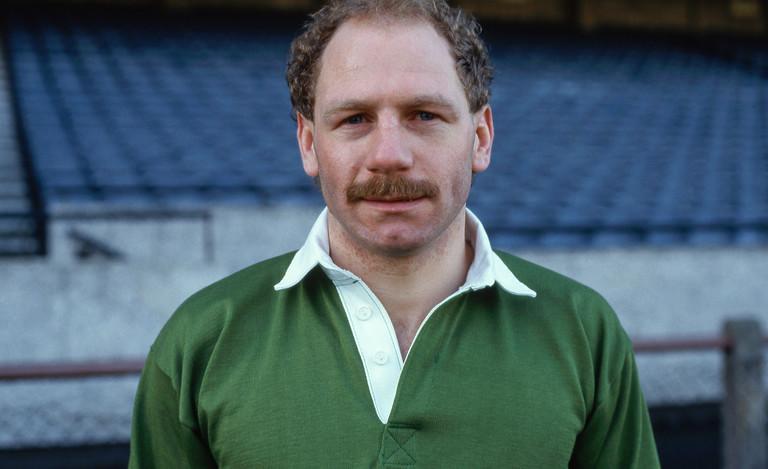 20 December 1986; Nigel Carr ahead of the Ireland international rugby trial match at Lansdowne Road in Dublin. Photo by Ray McManus/Sportsfile

In this light, Amhrán na bhFiann wasn't deemed a suitable song. 'God Save the Queen' obviously wasn't acceptable either and hadn't been used since Ireland played at Ravenhill in the 1950s. Indeed, a dispute over the anthem seemed to precipitate the IRFU's decision to avoid Ravenhill for home games. In 1954, Ireland played Scotland in the Five Nations up north.

However, the night before the game, Irish captain Jimmy McCarthy told the IRFU chairman that the southern based players would remain in their dressing rooms for God Save The Queen. Only the four Ulster players would stand for it. McCarthy was told to sleep on it, but a night in bed didn't alter his mood.

Eventually, a compromise was hammered out, whereby an abbreviated version of God Save The Queen, known in Ulster as 'the Salute' was played. Ireland won the match 6-0. They would not play at Ravenhill again until a pre-World Cup friendly in 2007.

When they got to the 1987 World Cup in New Zealand, the team - shagged from over-training - readied themselves for their opener against Wales. However, they had no anthem.

"The Soldiers' Song is only ever played in Lansdowne Road because it's seen as the anthem of the 26 counties and obviously Lansdowne is in that jurisdiction," Ireland and Ulster forward Willie Anderson recalled in his autobiography 'Crossing The Line'.

When we would play away in the Five Nations there would be the home anthem, and then the game. I don't know how much thought the IRFU gave it for this newfangled creation that was the Rugby World Cup, but the policy was to continue with dead air where our anthem was supposed to be.

So, of the 16 nations on this stage for the first time, rugby's brave new world, one of them would be mute. Jaysus! Donal (Lenihan), as captain, was horrified when he discovered this by chance leading up to the game. Along with myself and Phil Orr the three of us represented the players, who had no issue with The Soldier's Song being played.

It turned into a shit-show. Policy was policy, so the IRFU were not for turning. The compromise was to play a version of The Rose of Tralee, which Phil had on a cassette. The Rose of Tralee. On the day when it crackled into life over the tannoy in Athletic Park I remember thinking: `Oh fuck, that's for us.' It was an acutely embarrassing moment. What do you do?

The bemused players stood in a huddle as the tannoy blasted out 'as the pale moon was rising...'

Trevor Ringland described it as the "worst recording he'd ever heard'". David Irwin, recuperating on the bench, said it sounded "pathetic".

Indeed, Ireland's first ever game in the Rugby World Cup came on a day heavy with negative superlatives.

For they proceeded to lose 13-6 in a match Neil Francis has asserted stands alone as the worst game of rugby union ever played.

As Hugo MacNeill relayed to the TV3 programme, the song did at least give coach Mick Doyle an out when fielding irksome questions. When asked why a certain player hadn't been selected, Doyle allegedly replied that "It's quite simple. We couldn't be certain that he knew all the words to Rose of Tralee".

Forward to 5:13 below to hear the moment The Rose Of Tralee is played.

The Rose of Tralee serenaded the Irish players for their three subsequent games. Ireland would go on to qualify for the quarter-finals by finishing as runners-up in the pool, though this was a rather modest achievement given that it only involved beating Canada and Tonga.

They were blitzed by a scintillating Australia side in the opening half in Sydney. However, they staved off a hammering by winning the second half, as Doyle would later boast.

This event was partially the catalyst behind 'Ireland's Call'. The IRFU engaged Phil Coulter, and asked him to come up with something. 'Ireland's Call' was the result and it was first played at the 1995 Rugby World Cup. Although, when he first played it before the IRFU blazers, the main criticism was that 'Cork' wasn't mentioned in the lyrics. You may not be surprised to learn that this criticism emanated from a Cork delegate.

The song has provoked much derision and criticism but it is about as stirring as one could expect from one written in the office of a PR agency in South Dublin. And it isn't The Rose of Tralee. 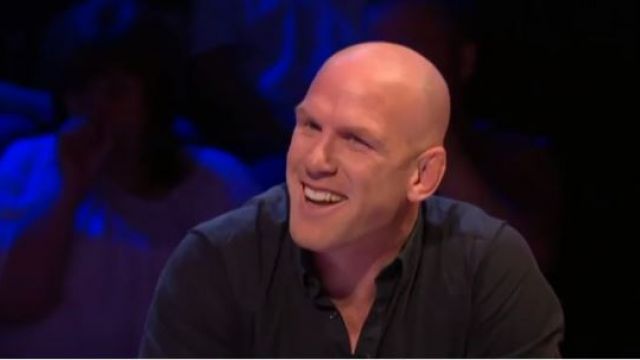 Rugby
12 hours ago
By Colman Stanley
Twitter Turns On James Haskell After Disrespectful Comments Towards Women's Rugby
Rugby
1 day ago
By Colman Stanley
Sexton vs ROG Once More, But Leinster Won't Be Worried After La Rochelle Performance
Rugby
1 day ago
By Colman Stanley
'That Pace, That Intensity, That Organisation' All Black Legend Has High Praise For Leinster
Popular on Balls
Football
1 day ago
By Eoin Harrington
'Ronaldo Is A Cod' - Remembering Eamon Dunphy's Infamous 2008 Rant
GAA
17 hours ago
By PJ Browne
The Draw Has Been Made For Tailteann Cup Opening Rounds
GAA
1 day ago
By PJ Browne
Donal Óg Cusack Defends Dublin Hurlers After John Mullane Criticism
The Rewind
2 days ago
By Eoin Harrington
Watch: Brilliant Dermot Morgan Dublin Segment From 'The Travel Show' Resurfaces