With news that Georgia and Fiji have joined the Autumn Nations Cup, rugby fans will be delighted to see the return of competitive international fixtures.

However, there's the matter of the 2020 Six Nations that still has to be decided after it was put on hiatus at the start of the coronavirus pandemic, with a number of fixtures still to be played.

Ireland will face Italy on October 24th, before the full final round of games takes place one week later.

Due to the fragmented calendar, there will be no traditional autumn internationals this year, with the Southern Hemisphere nations not making their annual trip to this part of the world.

Instead, those games will be replaced by a brand new tournament and the IRFU have confirmed that Ireland’s Guinness Series 2020, part of the Autumn Nations Cup, will be available free to air on RTÉ and Channel 4 this November and December.

Amazon Prime will also have coverage of games in the UK.

The Autumn Nations Cup will take place over four weeks beginning on November 13th, with the final games taking place on December 6th.

The tournament will feature each of the Six Nations teams, as well as Georgia and Fiji. The groups for the tournament are as followed:

Ireland’s home games, which make up the Guinness Series 2020, will be available on RTÉ in Ireland and Channel 4 in the UK. Channel 4 will also show live free to air coverage of England’s clash with Ireland when the two meet in the Autumn Nations Cup this November.

The broadcaster will also show exclusive live coverage of the inaugural competition’s opening match between Ireland and Wales in the UK. In addition to three live matches, Channel 4 will show highlights from all the rounds of the eight-team tournament after striking a deal with Amazon Prime Video.

Every game, apart from Ireland’s three pool matches which will be shown live on Channel 4 in the UK and live on RTÉ in Ireland, will be available exclusively on Prime Video in the UK. 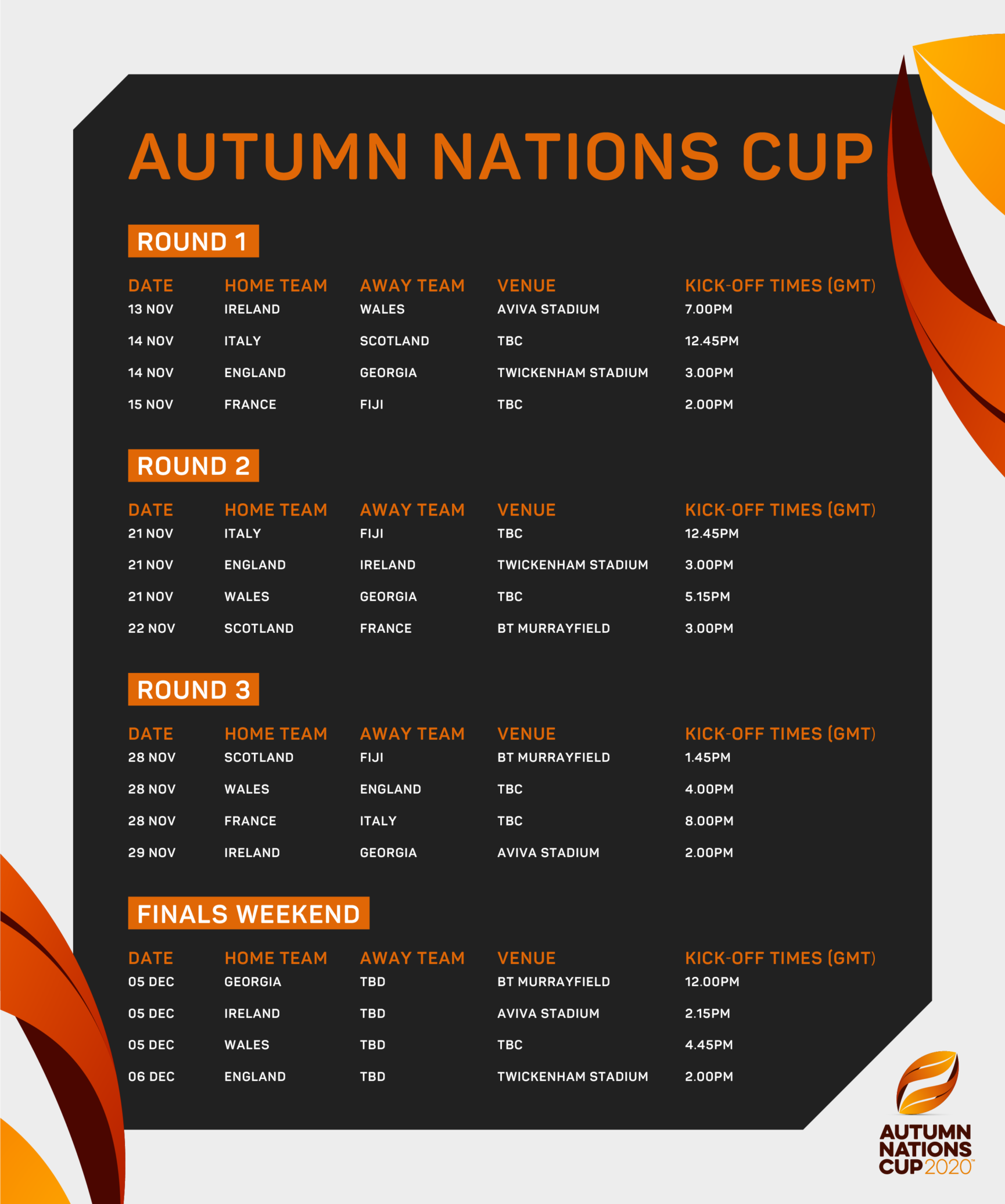