Rugby Australia: Sponsors Would Have Walked If Folau Not Sacked

Unapologetic Rugby Australia chairman Cameron Clyne has defended the firing of Israel Folau, saying sponsors would have deserted the sport if a hard line had not been taken over his homophobic stance.

The two sides appear headed for a long and costly court battle after last-ditch conciliation talks collapsed on Friday in the wake of the star player's sacking for posting on social media that "hell awaits" gay people and others he considers sinners.

Their dispute has proved divisive, with many outraged over his comments but others, including the Christian lobby, defending the right to free speech. 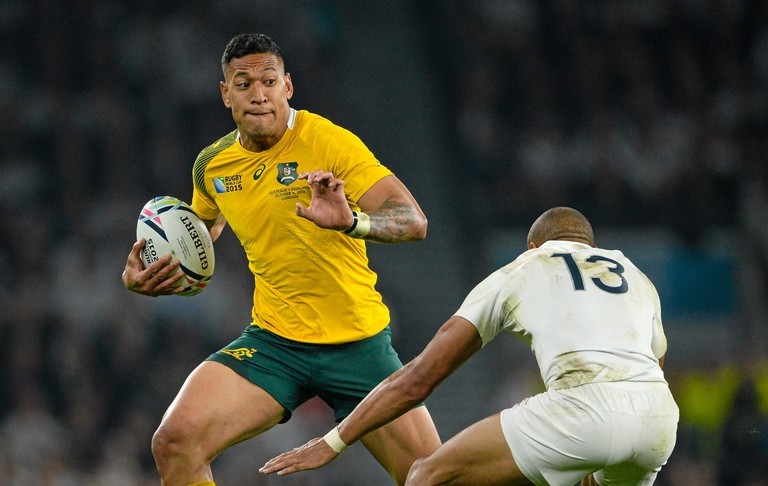 Clyne told the Sydney Morning Herald that Rugby Australia was left with no choice but to terminate the devoutly religious fullback's Aus$1 million-a-year (€615,000) four-year contract.

(The alternative) would be that we'd have no sponsors at all because no sponsor has indicated they would be willing to be associated with social media posts of that sort and that includes government, because we've also heard from them.

We would also potentially be in litigation with employees who are gay and who would say we're not providing a work place that is safe or respectful.

RA receives funding from the government. Its key sponsor is airline Qantas, whose chief executive Alan Joyce is gay and a prominent campaigner for LGBT rights.

Folau, Super Rugby's record try-scorer, is reportedly seeking Aus$10 million for unfair dismissal, including for lost sponsorship and marketing opportunities, a sum which would badly hurt the governing body.

.@IzzyFolau: As a Christian I feel it’s my duty to share that, and that’s part of who I am and what my purpose is … I’m wanting to share that message of love God is trying to extend to all people.

Clyne appealed for Folau to put rugby above himself, pointing to comments the player made last year after a similar controversy, when he stated he would walk away if his views were damaging the game.

Since this issue has emerged I've asked those who've said we should have taken a different response to suggest what that alternative was and so far no one has been able to do that.

Ahead of the Fair Work Commission mediation hearing, Folau urged Rugby Australia to apologise and admit they were wrong to sack him, a suggestion Clyne said was baffling. 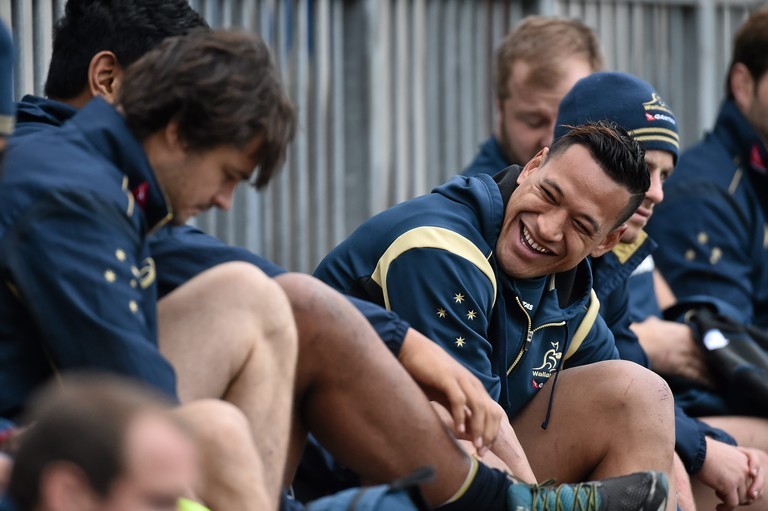 "I'm not sure exactly what we're apologising for," he said.

We've provided a player with opportunities and asked him to adhere to a contract and a generous one at that. Israel was not sacked for his religion, he was sacked for a breach of his contract.

Folau is cashed up for a legal fight with an Australian Christian Lobby fundraising campaign raising more than Aus$2 million in two days last week to help pay his bills.

They stepped in after crowdfunding platform GoFundMe shut down a similar appeal on the grounds that it did not "tolerate the promotion of discrimination or exclusion".

Football
20 hours ago
By PJ Browne
'I’ve Always Thought He Was Talented. He Has Electric Pace'
2