Sunday's Wigan vs Leigh rugby league game will be remembered for a fiery moment.

We might be more well versed in rugby union in this country, but from time to time something pops up in the world of rugby league that sparks our interest.

One of these moments was in Sunday's Super League game between Leigh and Wigan. The two teams have been embroiled in a Greater Manchester rivalry, with the two towns less than 10 miles apart.

Jake Ashworth of the Leigh Centurions was brought on as a substitute in the 13th minute. Two minutes later, he was seeing red, both dripping down from his head and from a card.

Leigh kicked-off into Wigan territory in the 15th minute, with loose forward Brad Singleton recovering the ball and making a run at the Leigh line.

Ashworth was there to meet him, but held on to his tackle for a bit too long, appearing to get Singleton into a headlock of sorts. The pair pushed and shoved, and then chaos erupted.

Singleton threw the first punch before Ashworth answered with a few blows of his own. The scuffle between the pair was broken up by both sets of teammates.

The stalemate continued however, as Wigan's Umya Hanley sent a few punches into the opposing crowd. A few grimaces and shoves later, and the two sides were tamed.

Unfortunately for both sides, the brawl wasn't without it's consequences. Referee Scott Mikalauskas sent Ashworth and Singleton to the stands for instigating the fight that ensued.

Down men from the early stages, the game went on in Wigan's favour as they registered nine tries in a 50-6 drubbing of their Manchester rivals.

Wigan have won four Super League matches in five, with Leigh now sitting bottom of the table, failing to earn a point from fourteen games. 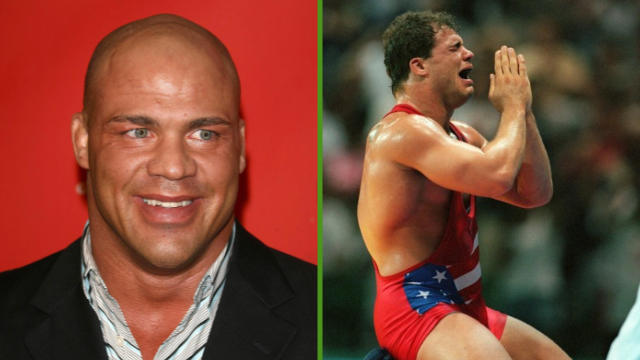