Rugby On TV: Your Guide To The Weekend's Rugby

The club rugby season is approaching quickly. The United Rugby Championship is debuting next week but there's still a lot of matches to watch before then. Firstly, There is a vital World Cup qualifier for the Irish women's team. Secondly, The Rugby Championship down under is still going on and after last weekend's drama it will be exciting to see if the Wallabies can continue their form. Lastly, the English Premiership is back so here's all the rugby on tv this weekend in the rugby world.

The English Premiership kicks off the rugby on tv this weekend on Friday night as Bristol Bears take on Saracens. Bristol have a lot to celebrate after announcing that Pat Lam has extended his contract at Ashton Gate. Will the bears start their season with a win?

After that the Rugby Championship continues as Australia take on South Africa and Argentina take on New Zealand. After their last-gasp victory against the springboks last week, can Quade Cooper continue his miraculous comeback to the Wallabies? Following that Argentina take on the All Blacks in Brisbane hoping to make up for their 39-0 pummelling last week.

The French Top 14 continues on Saturday with 3 matches on Premier Sports. Castres host the Mathieu Jalibert led Bordeux-Begles side. Following that Montpellier and European Champions Toulouse face each other in what could be an exciting crash and the day of French rugby on tv, Clermont hosting Ronan O'Gara's La Rochelle. Hopefully the French joué will be out on show.

It's not just the men's form of the game being played this weekend. To finish off the weekend's rugby on tv (sort of) there is some vital matches in the women's game. Firstly, on Sunday Ireland take on Italy in a World Cup Qualifier in Parma. After their disappointing defeat to Spain last weekend the girls in green need to bounce back with a win if they are to qualify for the next World Cup. That match along with Scotland vs Spain will be streamed live online on World Rugby's Facebook and YouTube while also on the RTÉ Player. 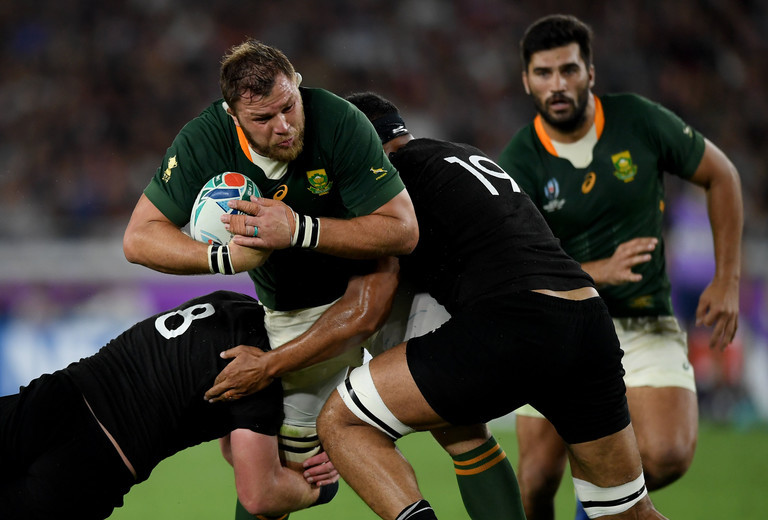