Rugby Roundup: All The Players That Signed New Deals With Provinces

It's been a busy week in the lead up to Christmas for the IRFU. Many players have signed on to stay with their province over the last few days.

The biggest contract-related story to emerge in the past week or so was head coach Johann van Graan deciding to leave Munster for Bath at the end of the season.

From a player perspective, many Connacht fans will be disappointed with the news that Ultan Dillane will also be parting ways, with the rumoured destination La Rochelle.

But the IRFU have had some big wins in the past few weeks. Keeping Tadhg Furlong and Garry Ringrose until 2025 is a big boost for both provincial and international rugby.

The contract lawyers earned their bread in Ulster this week as a slew of re-signings were made for Dan McFarland's side.

Centre Stuart McCloskey has signed on until 2024, meaning he'll likely reach the milestone of playing over a decade for Ulster.

The six-time capped Ireland international last featured in the summer test series against Japan and the USA in July gone by.

Nathan Doak will be committing to Ulster for another four years, which is a huge acquisition for the province given his form in the URC.

This was a brilliant Ulster try.

Straight off the training ground and two of their most exciting young players at the heart of it.

Doak looks the business and still only 19. pic.twitter.com/R6XUxORJLp

The 20-year-old Antrim man is an exciting prospect at the number nine slot and fans will hope to see more promising performances in this season.

Ethan McIlroy is another young player Ulster have kept on the books, as he's signed a new three-year deal. He scored a try last week against Northampton.

It adds to the already stable roster that the province have kept on this week, with Marty Moore, Jordi Murphy and Billy Burns resigning contracts too.

Earlier in the week, another trio of Ulster players committed their futures in forwards Matty Rea, James Hume and Tom O'Toole.

Despite the news of Ultan Dillane's departure, Connacht did do a bit of business this week in maintaining two key players for seasons to come.

Ireland prop Finlay Bealham will be playing at The Sportsground for at least another two years. He's been a feature for the province since 2014.

Bealham has been utilised primarily off the bench at international level and last featured for Ireland in the Autumn Series gone by.

Tom Daly is another name staying with Connacht for two more years. Fans can breathe a sigh of relief that he's not gone with the rumours and signed with Munster.

We’re delighted to announce Conor Murray has put pen to paper on a new IRFU contract until the end of the 2023/24 season.

Speaking of Munster, they made a big signing this week in retaining Conor Murray until 2024. The Irish scrum-half has been in and out of the Ireland team as of late.

It means Murray will remain in Andy Farrell's plans for the 2023 World Cup as the Limerick man chases the milestone of his 100th cap.

See Also: 'Páidí Ó Sé Rang Me 50 Times, I Hadn't The Balls To Pick Up The Phone' 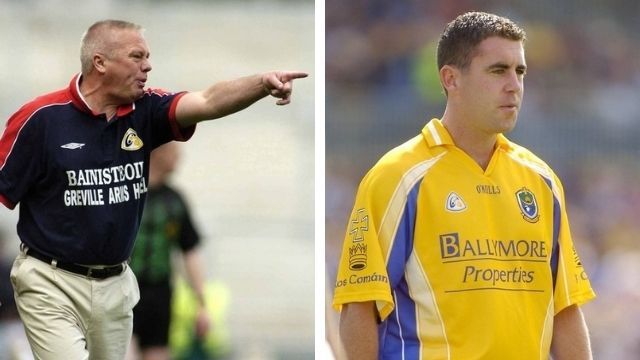