Review Of November: We Pick Our Team Of The Autumn Internationals

Fade to green. The Autumn Internationals and 2018 belong to Ireland. It was an exceptional month of rugby, with several key takeaways: Ireland's dominance, New Zealand's mortality, South Africa and Wales' resurgence, Australia's decline.

On this week's episode of World in Union, the Balls.ie rugby show getting an outside perspective on sport across the world, we selected our final team of the Autumn Internationals. Each week, we assessed the performance of a player and then compared it to his competitors. Due to the nature of the Autumn Internationals and team's experimentation, certain players only got limited chances to perform and thus miss out.

Here is the final team. 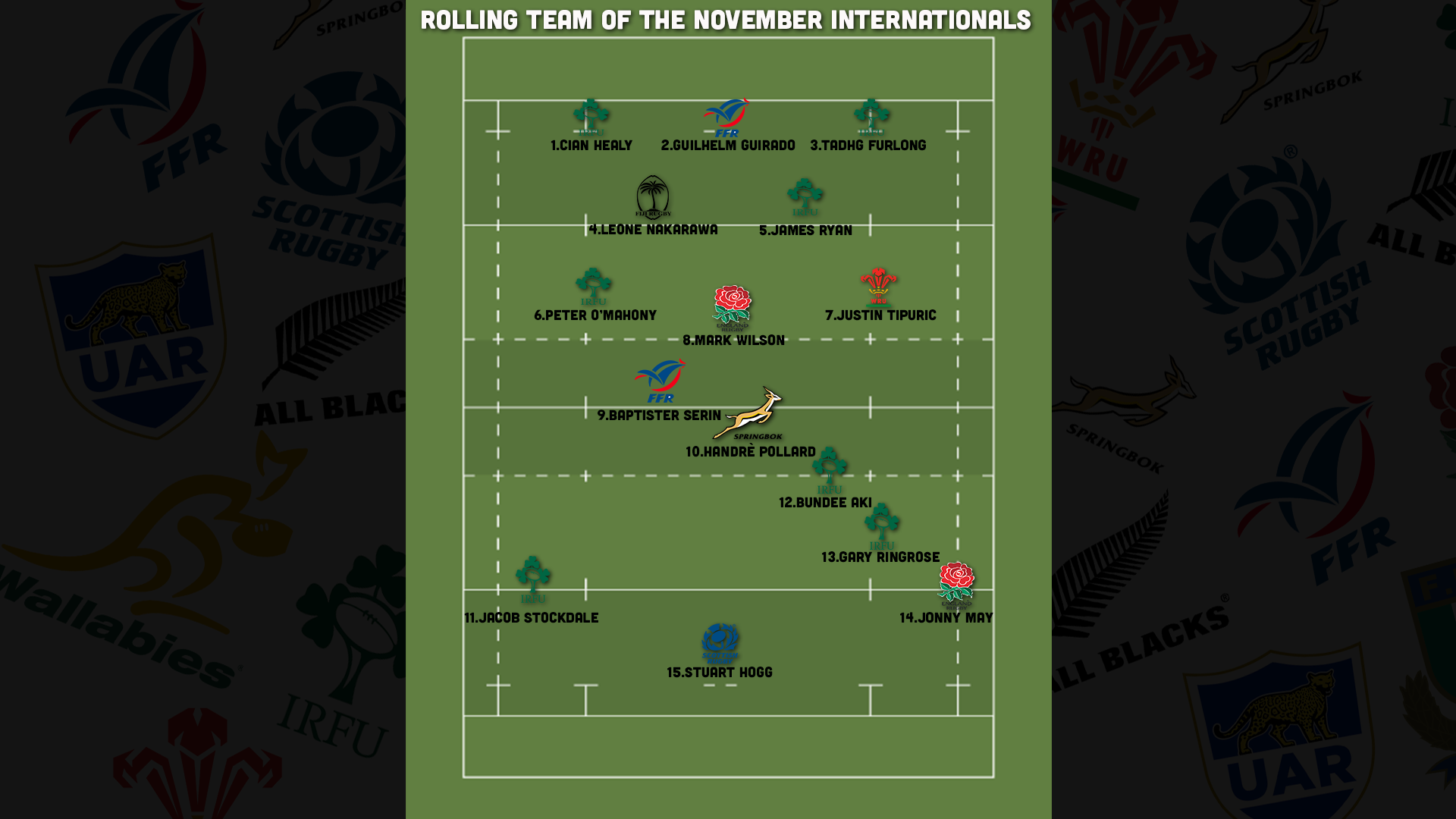 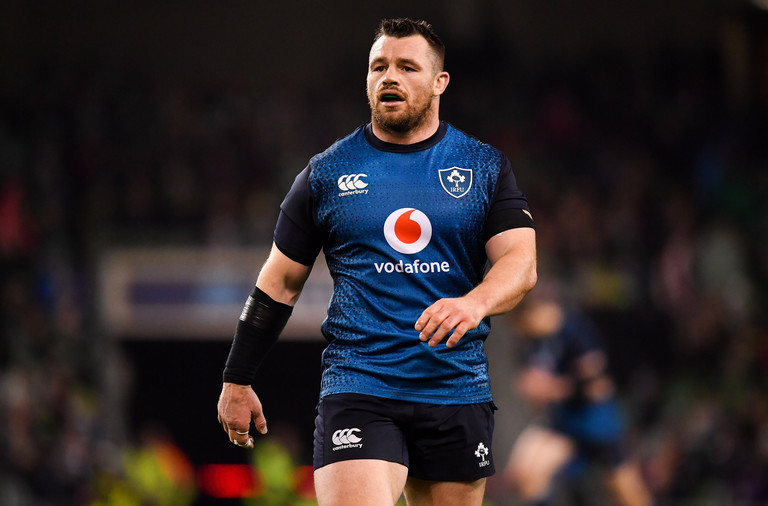 Played three games over the month, two starts and one appearance from the bench. A monster Greg Feek coached scrum showing against New Zealand in what was a cruel twist of faith for All Blacks scrum coach and rugby guru Mike Cron as he watched his former student turn master. Steven Kitshoff was Healy's nearest competition.

Narrowly beat off competition from Codie Taylor for top spot but the Frenchman's incredible finishing ensures his place. Two tries last week during a shock defeat against Fiji, just a week after a sensational performance against Argentina that saw him finish with three defenders beaten, two clean breaks, two offloads and one try. His line-out was also 90%.

The best tighthead in the world bar none. Two exceptional performances against New Zealand and Argentina. Kyle Sinckler was in fine form for England with his impact in the loose a real asset, but he struggled massively against Karl Tu'inukuafe who Furlong crushed just a week later. 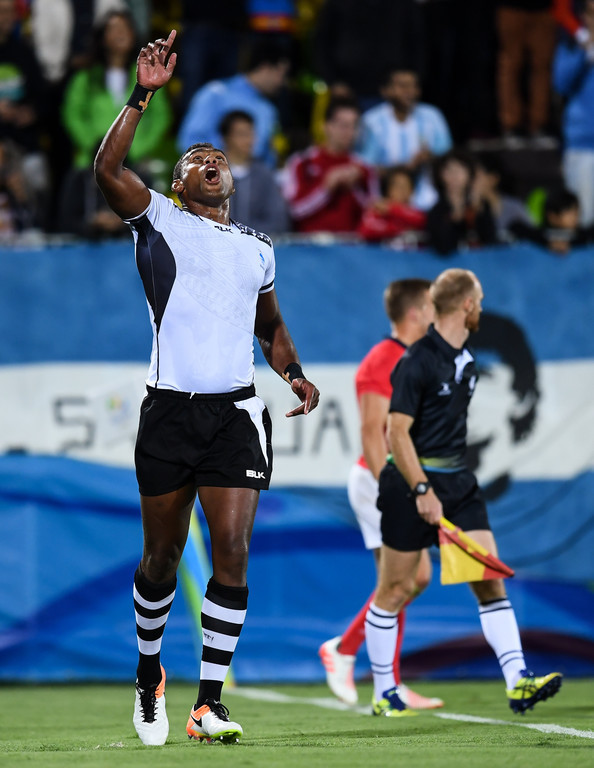 A historic November for Fiji as they stormed to an unprecedented high of eighth in the world rankings. The Racing lock has a stunning offloading ability and scored a vital try against France but it was his performance in adversity that really demonstrates his prowess. Scotland ran in 54 points against Fiji, yet Nakarawa refused to wilt and was a trojan tackler and breakdown operator. Devin Toner unlucky to miss out.

He conceded one silly penalty against Argentina, yet other than that it is near impossible to identify one other mistake he made this month. The best second row in the world this year.

His showing against New Zealand has attracted the plaudits it deserves. O'Mahony's rugby intelligence is unmatched and it is not just the breakdown where he proves his worth. A massive line-out operator and mobile around the park. 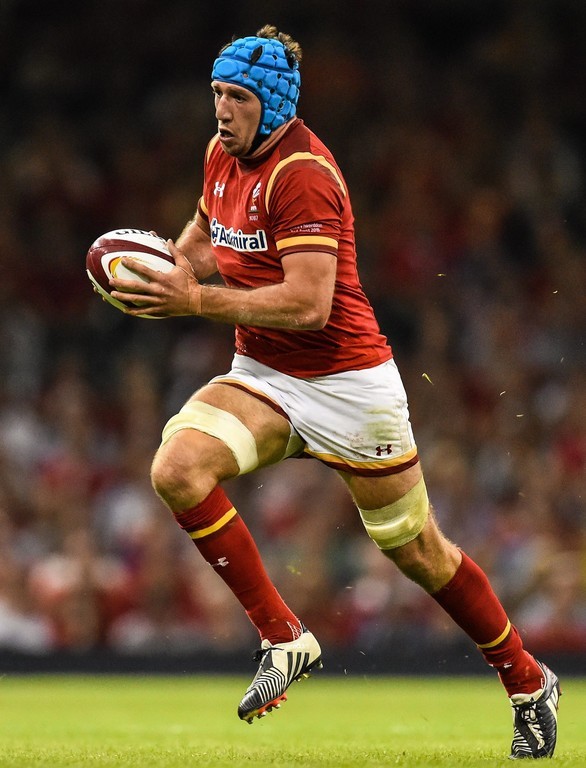 The most competitive position of them all. Michael Leitch gave an exhibition of back-row play against England in Twickenham and Josh van der Flier was superb against the All Blacks, but two Man of the Match awards, including against a David Pocock/Michael Hooper Australia, as well as his game against South Africa, see Ospreys man Tipuric at openside flanker.

Until last week, David Pocock was the stand-out number eight. However, injury midway through Australia versus Wales meant he missed the game against England where Wilson capped a fine month filling in for Billy Vunipola. Eddie Jones has the option of moving him to six for the Six Nations. 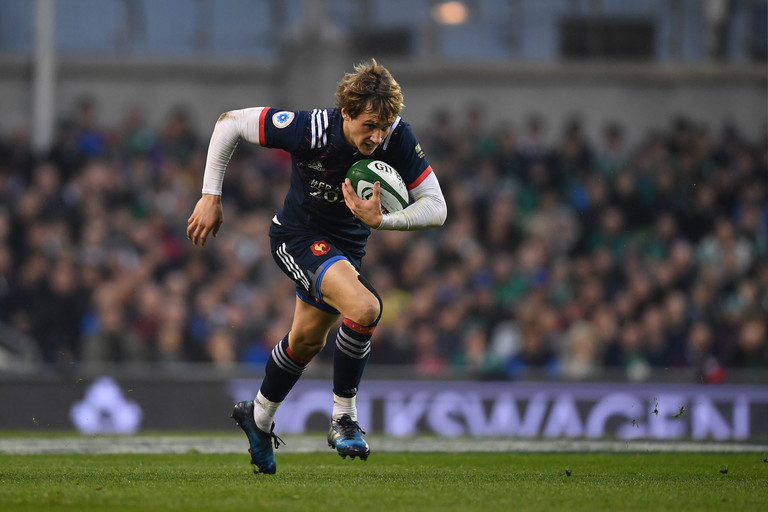 Ben Youngs unlucky to miss out, but overall the level of competition for this position was weak. Ireland experimented throughout, Gareth Davies did not have the best afternoon against South Africa, Aaron Smith's poor form continued until he was dropped after the Ireland game, Australia's Will Genia fumbled the ball twice against England and was dreadfully exposed when trying to cover across for Elliot Daly's try last week.

The stand-out option. Johnny Sexton played two of four games for Ireland and one of those was a poor showing against Argentina. Owen Farrell was shoehorned in at centre to facilitate two first receivers and Beauden Barrett showed signs of fatigue. Pollard was outstanding against Scotland, creating the first try and scoring the second.

Fantastic switch of play by Aki and the finish from Jacob Stockdale is absolutely world class. Brilliant try #IREvNZL pic.twitter.com/sJVkipGBwy 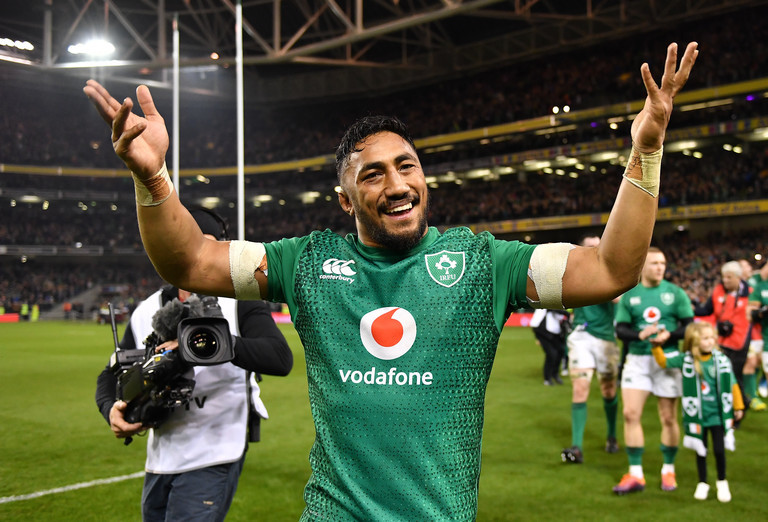 A great try against Argentina and magnificent performance against New Zealand.

Ringrose is quickly becoming the key man in this Andy Farrell defensive system. He has a remarkable ability to read the line and shoot up when necessary. Semi Radradra was brilliant against France and Jonathan Davies had two great games after returning from injury but Ringrose edges it.

For all their trouble at full-back, England do have awesome depth at either wing. The 28-year-old is now in England's top ten try scorers after his effort against Australia last week. 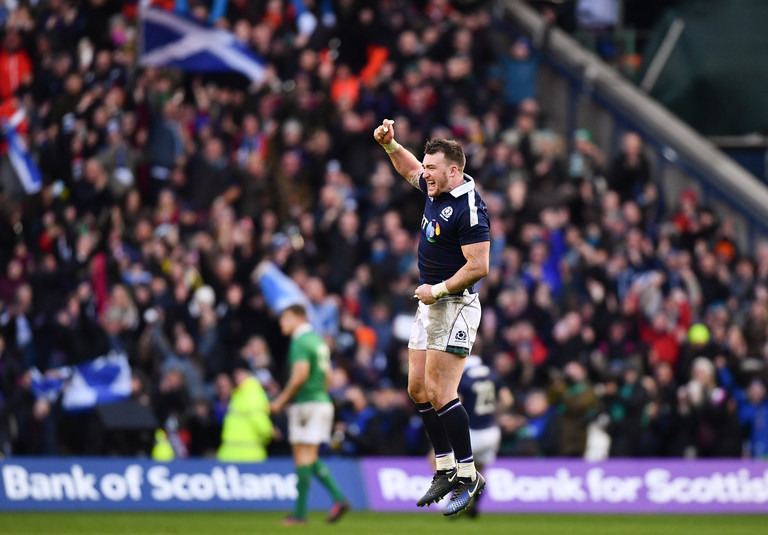 Just about beats Cheslin Kolbe to the full-back position. A terrific game against South Africa when his break down the wing almost resulted in a field-length try. Scotland scored off the resulting line-out anyway. He also set up Sean Maitland for the crucial score against Argentina last Saturday. Made 42 metres, with one clean break, two defenders beaten and one offload in that game.

Interestingly, only two Southern hemisphere players make it. However, this is more a reflection of the huge changes they made after each game rather than any massive weakness. For example, had New Zealand picked on form TJ Perenara would have started against Ireland and likely be in this team.

You can watch the full show here, or listen to it here and on all good podcast services.

SEE ALSO: 'Ireland Is The Bigger Game'- Is This Now The Greatest Rivalry In The Six Nations?