Listen: The 8 Names Ryle Nugent Loves Saying The Most

Ryle Nugent loves a good name he does.

We've no data to back this up, but we're almost 100% sure that Ireland were much better at rugby when Ryle Nugent was the country's main commentator. Sure, Dave McIntyre is doing a wonderful job over on Virgin Media, and clocked up an oul Grand Slam in his first season, but our memories have convinced us that rugby in the Ryle era was nothing but Irish tries from the great names of the "Golden Generation"

We truly doubt there is any man on television who loved a surname which ends in a vowel sound as much as Ryle; his favourite thing in the world apart from a particularly sensuous French name.

A few years on from his leaving of RTE, it's time to pay homage to this love of names - all of them said with such joy, it instills joy in us. We wouldn't go as far as to say this is a definitive ranking and there are probably a few gems that we've forgotten, but it's a start. Let us know your favourites.

We sure Ryle is just loving watching Leicester City at the moment.

There was only ever going to be one winner!

Keep us up-to-date with anything we should add. 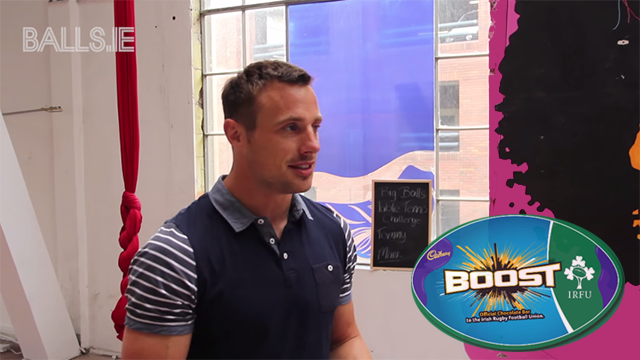