The biggest talking point from Ireland's bonus point win over Samoa today was the Bundee Aki red card. Your glasses would have had to be seriously green-tinted to think that high tackle from Aki in the first half wasn't a red.  So it was interesting to hear that both the Samoa coach Steve Jackson and captain Jack Lam state after the match that they don't think Aki deserves a suspension for the quarterfinal round of the World Cup.

Samoa captain Jack Lam says he hopes Bundee Aki doesn't get a ban after his red card. Steve Jackson echoes it adding "hopefully the powers that be see sense" and that Samoa will do everything they can to see him on the field next week.

Aki is of Samoan origin and very close with many members in the Samoan squad. He was photographed by Sportsfile embracing and praying with the Samoan squad after the match, which suggests there was no bad blood towards him from Samoa. 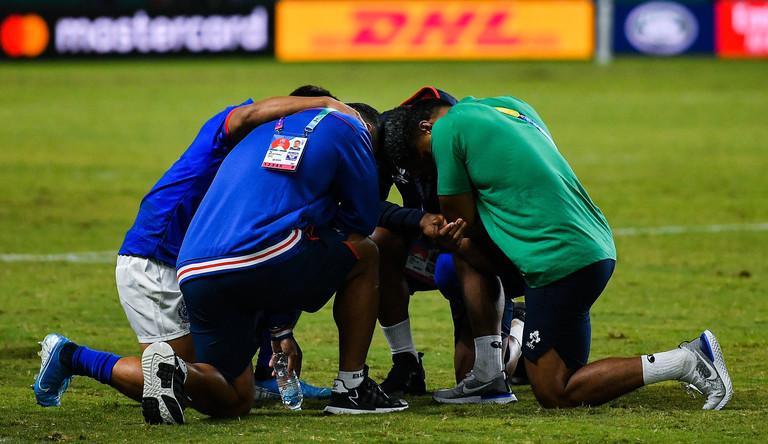 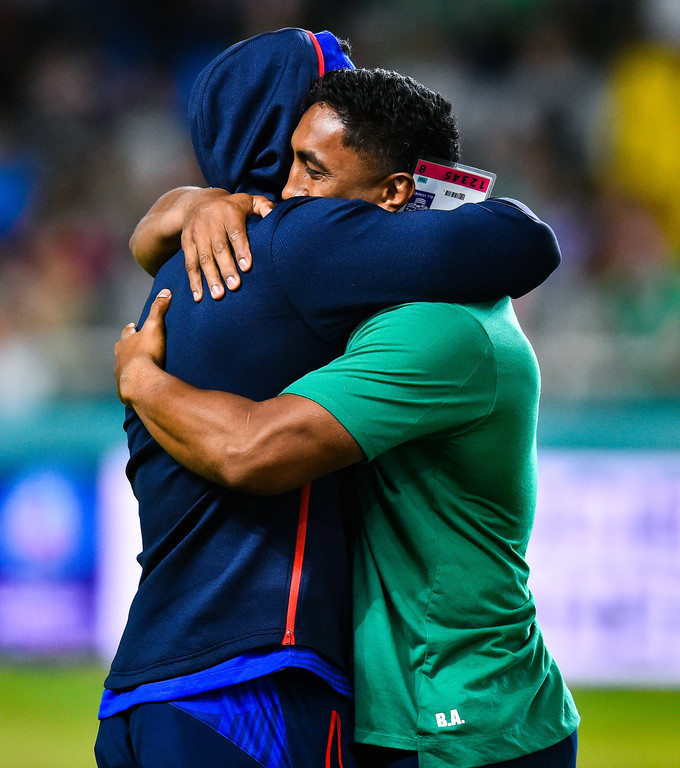 Unfortunately for Ireland, Lam and Jackson won't be deciding Aki's fate. Joe Schmidt was philosophical about the chances of the red card being rescinded in his post match presser.

"...We will live in hope but once it's a red card you sense a loss of control over what happens next. I certainly feel for Bundee, he is pretty devastated that any further participation in the tournament is at risk."

"We've certainly got more bodies available. We have got 31 fit players at this stage as far as I know. If we lose one of those as a consequence of the judiciary then we have Robbie Henshaw back, Chris (Farrell) and Garry (Ringrose)"

Lam was asked before the game  if Aki would receive 'special treatment' in the match.

"We have no special presents for him, he'll get the same treatment as everyone else," Jack Lam said yesterday.

"Most of the boys are pretty close with Bundee, a couple of boys have seen him during the week, so we are still friends off the field but when we cross the line we are exactly the same."