English and European champions Saracens are set to be relegated from the Gallagher Premiership unless they can prove they are under the salary cap in the next few days.

According to reports in RugbyPass and the BBC, it is believed that Saracens will struggle to get under the £7m limit this season. After a Premiership Rugby board meeting in London on Tuesday, the English club were dealt an ultimatum that they must do so or face relegation to the second tier. 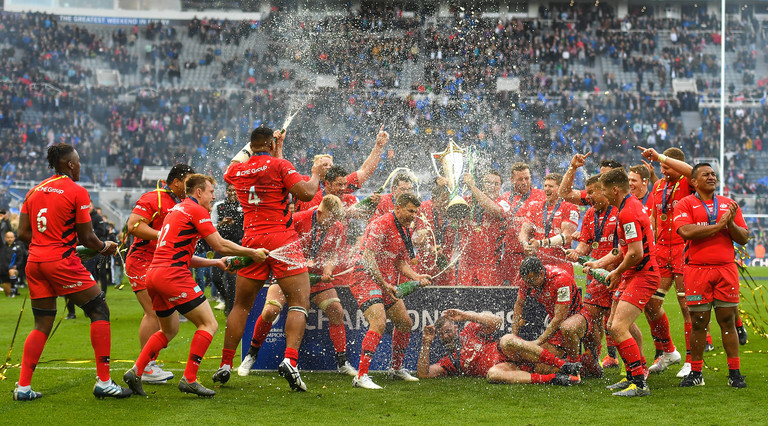 The Telegraph report that players were called to a crisis meeting on Friday morning to discuss the situation.

Saracens were docked 35 points and dealt a £5.36m fine last November for salary cap breaches. In the aftermath of that, Owner Nigel Wray stepped down as chairman. Ed Griffiths was re-appointed as chief executive.

Speaking to Sky Sports earlier this month, Griffiths did say a period of uncertainty lies ahead.

Clearly people are aware there is a situation that needs to be addressed and there is a level of uncertainty, and when I spoke to the players last week I said to them that as soon as possible we wanted to bring certainty, clarity and confidence back to their lives.

But there’s no magic wand and I told them it wouldn’t be possible to do that in hours, maybe days, possibly weeks but certainly not months either.

Several players have been linked with moves away with speculation about the futures of Richard Wigglesworth, Juan Figallo, Michael Rhodes, George Kruis and Matt Gallagher.

In an interview with Balls.ie last year,  Rugby and the law editor Ben Cisneros explained that the Premiership could not apply retrospective penalties.

"The regulations do not provide for any sort of title stripping or retrospective sanctions in any way."

Saracens face Racing 92 this weekend in the final round of Heineken Champions Cup pool games.

SEE ALSO: 'I Have Been Guilty Of Doing That Previously' - Ringrose Ready For More Responsibility