It had been a largely uneventful first half in the Pro 14 battle between Munster and the Scarlets. A JJ Hanrahan penalty had tied up the game and Munster were hoping to bring a lead into the half time break when a fair innocuous looking fracas broke out in Thomond Park.

Scarlets lock Sam Lousi was the original transgressor, seemingly putting his hands in the eye of Chris Cloete. What followed was the usual rugby melee, a lot of dragging and shirt pulling. Players, officials and the crowd all expected it to peter out. That was until Lousi seemingly lost the plot, throwing two punches at Munster lock Fineen Wycherley, the first of which actually hit Hanrahan.

Things got very heated in Thomand!

The punch on Wycherley in particular had an impact, splitting the eye of the Cork man, and sending him off to the blood bin. There wasn't much choice for the referee and the New Zealander was given a red card. 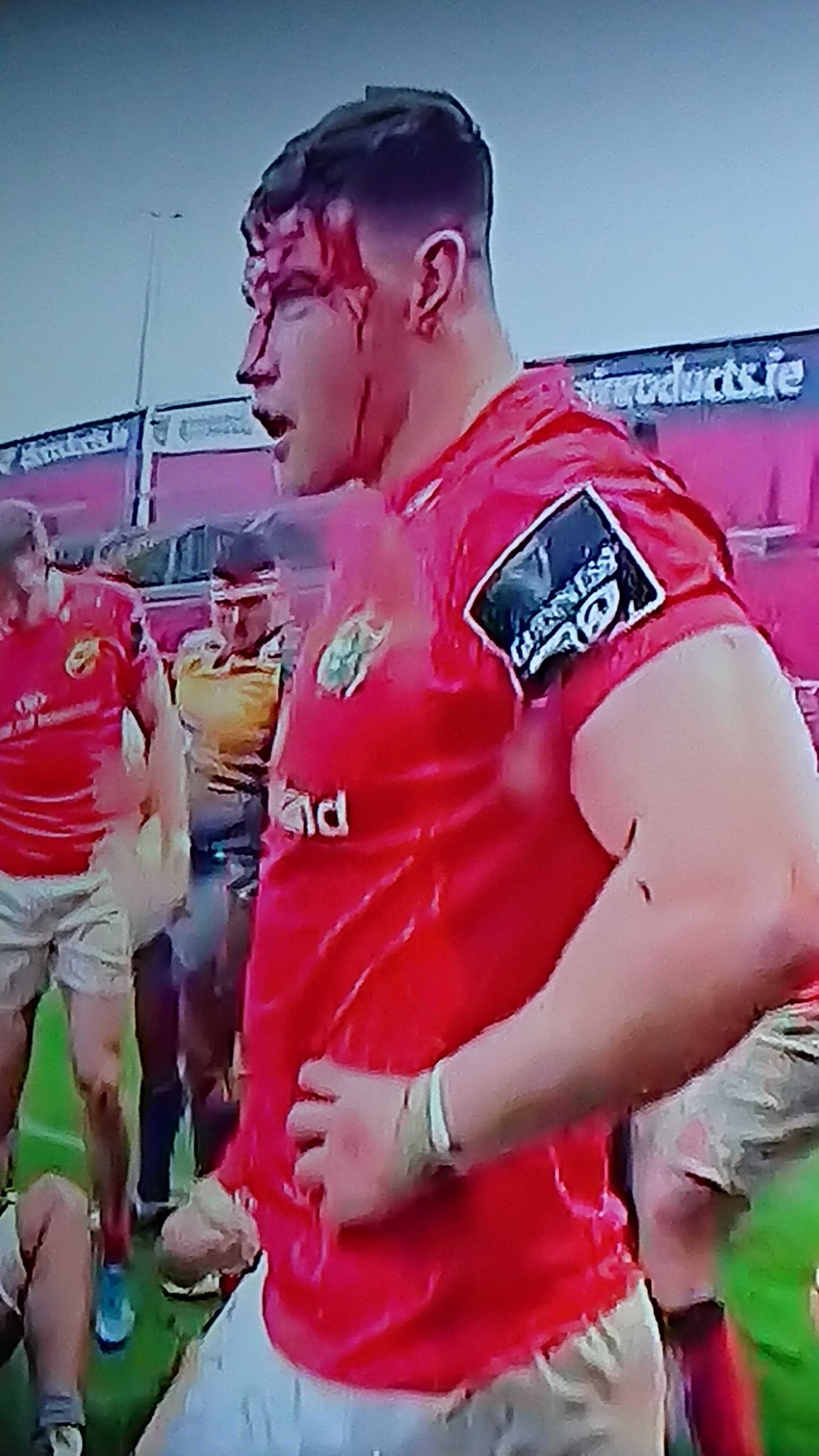 Munster added a try from the resulting penalty, giving them a 10-3 lead at the break, and a man advantage for the rest of the game.

In the second half, Munster would add three further tries, securing a bonus point 29-10 win over the Welsh side.

SEE ALSO: 11 Infuriating Habits Irish Sports Fans Need To Give Up For Lent

Rugby
1 year ago
By Gary Connaughton
James Lowe Delighted To Claim Pro 14 Crown For Those Who Missed Out On Game
Rugby
1 year ago
By Gary Connaughton
Leinster Claim Third Consecutive Pro 14 Title After Dominant Win Over Ulster
Rugby
2 years ago
By Gary Connaughton
Connacht Pull Off Cheetahs Comeback With Dramatic Last Minute Try
Popular on Balls
GAA
3 days ago
By PJ Browne
Mayo's Padraig O'Hora Using Football To Promote His Real Passion
Rugby
1 day ago
By Colman Stanley
'That Pace, That Intensity, That Organisation' All Black Legend Has High Praise For Leinster
GAA
1 day ago
By PJ Browne
Jim McGuinness's Gut Tells Him Dublin Will Win The All-Ireland
The Rewind
2 days ago
By Eoin Harrington
Watch: Brilliant Dermot Morgan Dublin Segment From 'The Travel Show' Resurfaces