It is rare that a player who has had to play second fiddle for a large part of his career would leave such an impression on the Irish rugby scene as Sean Cronin did.

This is largely due to the regular sight of the 16-stone barrel of a man, careering through gaps with the pace of a winger, and beating defenders with smooth movements of the hip.

We were accustomed, to an extent, to the sight of a hooker with a ‘bit of toe on him’. Keith Wood had of course graced the scene for years with his rambunctious carries. But Sean Cronin was different. There was genuine belief that he could have done a job at 11 or 14.

Current Leinster head coach Leo Cullen put it aptly in his tribute to his former teammate; “He broke the mould for how a modern-day hooker should play and what their role should be.”

Below is a clip of a phenomenal score against the Ospreys, which best sums up the unique style of play he brought to the field.

Dan Biggar, a fine defender in his own right, beaten all ends up by the speed and change of direction. Simply sublime.

Cronin’s number of international caps, a hard-earned 72 of them, is all the evidence needed to showcase his ability and his worth as a rugby player. That he only started in ten of these games, shows a kind of selflessness and admirable patience. The first of these caps came against Fiji in November 2009, and the last came against Russia in the 2019 World Cup.

His first Six Nations game came in 2010, when he came off the bench for Rory Best against Wales, but he had to wait nine years for his Six Nations first start, when he was named in the XV to face Italy in 2019.

In another time he may have started the majority of those 72 games, but was unfortunate to be battling it out with two world-class operators in Jerry Flannery and Rory Best. But he won't be too displeased as he has three Six Nations medals to his name, from 2014, 2015 and the Grand Slam in 2018.

A defining game came in his international career came in 2014 when he started in a famous Irish win against South Africa in 2014. He proved that day that he was he was at home at Test level against the famous Springbok pack.

And of course, his winger-like skills were also on show for his country.

Such is Cronin’s affinity with Leinster, it is easy to forget that he is a Limerick man and was a pupil at Ardscoil Rís, before winning an AIL with Shannon.

It was at Connacht however, where he first began to make a name for himself, when he moved west after only two appearances for his native province.

While with Connacht he won his first international caps. Leinster then came calling and he began what was, and still is, a phenomenal, trophy and accolade laden career with the boys in blue.

He has won 204 caps for Leinster, has 45 tries (including one in the 2012 Heineken Cup Final), two Heineken Cup medals, six Pro 12/14 titles, and a Challenge Cup winner’s medal.

Along with his memorable try in the 2012 final, he scored one in Leinster's group game away to Montpellier, which proved to be much more crucial to that campaign. Down by ten points with only 15 minutes left, it was Cronin’s tenacity and his barrelling style that was needed to get Leinster back in the game.

And he duly finished it off with an iconic celebration, setting Leinster on their way to their third and best ever European run. 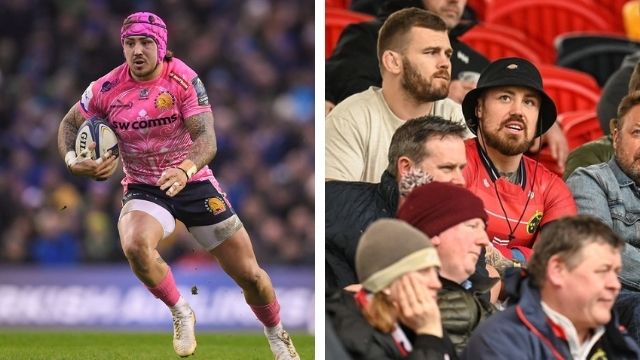