Andrew Porter and Sean O'Brien both leave you with the feeling that they're not telling you everything about James Lowe's personality.

Since joining Leinster from the Chiefs, Lowe has made an instant impact - both on and off the pitch.

"He's kind of an oddball, I'll put it that way," says Porter. "He's good craic, I get on really well with him. He's not afraid to speak his mind. He's pretty out there and open. He's a nice guy."

Sean O'Brien differs slightly in his description of the 25-year-old.

"I wouldn't say an oddball but he's his own person. He's just a bit different I suppose, not what the lads are used to.

"I definitely think it's a Kiwi thing that he just wants to play, you know what I mean: he doesn't think too much about the game otherwise. Sometimes that can be good, sometimes that can be bad. You see at the weekend, he pulls a piece of magic out and we score off it.

The back row - who wouldn't get into the specifics of what makes Lowe "different" - got to know him away from the training pitch after he arrived in Ireland. Lowe stayed at his teammate's place while he was getting settled, taking a few mementoes of his time at Chez O'Brien.

He was in with me for a couple of weeks. That was when I was in camp though. So I was only in with him for a couple of days. He's a lovely lad and he's fitted in well around the place. He's getting on well with everyone.

He robbed a couple of towels, a bedside lamp and a few cushions out of the house. He has his own place now but he won't tell me where it is. I'll get him some day.

During the win against Connacht at the weekend, Lowe produced a moment of magic, a brilliant offload which led to Max Deegan scoring the opening try of the game. 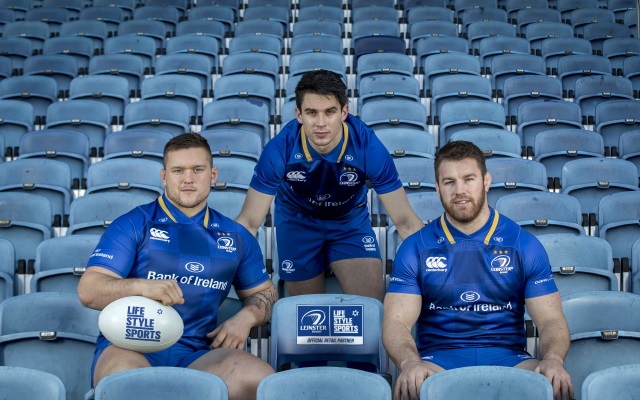 Joey Carbery believes that Lowe's ability to offload in the tackle may influence others to work harder at that aspect of their game.

"Even there against Connacht with those offloads, he brings this x-factor game with him. It's always good to break down a defence and have someone to run off.

"He's obviously very good at it and he might spark on a few players to work on it a bit more. It would be a huge addition to our game if a lot more people can kick it in.

It was not the only eye-catching moment from Lowe during the game. Another came shortly after Matt Healy's try ten minutes from the end as the Leinster players stood underneath their posts regrouping. Lowe was the one leading the team talk.

Joey Carbery says it's something all Leinster players are encouraged to do: make their voice heard. Still, it was curious to see someone so new to the setup taking a leadership role.

He's quite vocal anyway. He's a vocal person and the more voices we can get the better because he'll have a good view of what's happening from the wing. If he can feed in a few pointers or a few tips for the lads; [for instance] to give more width, get more space, it would be better.

Having voices from the outside in is always a positive for the inside guys who can't see it as well.

Sean O'Brien, Joey Carbery and Andrew Porter were in the RDS to launch Life Style Sports' latest fan competition. Fans attending the next four home games should keep an eye out for the Life Style Sports stamped seats. If you find yourself in a special seat and are wearing the latest Leinster Rugby jersey, be sure to take s selfie with the stamp tagging @LifeStyleSportsRugby on Instagram to win a €50 gift card. Life Style Sports is an official retail partner of Leinster Rugby.