It would surprise Shane Horgan if Andy Farrell achieves anything other than mediocrity with Ireland over the coming years.

The former Ireland international winger believes Farrell is "not an innovative thinker" and that he is implementing a gameplan which is "out of date".

Farrell took over from Joe Schmidt as Ireland head coach following last year's World Cup. He had been the Ireland forwards coach under Schmidt.

Farrell's side finished third in an elongated Six Nations, losing to England and France. Over the weekend, England again beat Ireland in the Autumn Nations Cup.

Shane Horgan sees a predictable and mediocre future for Ireland under Andy Farrell - so is it better to grasp the nettle sooner rather than later? https://t.co/gtHQ6zQUh7 pic.twitter.com/ePs2OeRVOT

"We're nowhere near England at the moment but it's not because we're on different time scales," Horgan told the Second Captains podcast.

"Andy Farrell was a continuity coach. What Joe Schmidt did when he came to Ireland and Leinster before that was quite revolutionary, it was innovative and at the forefront of rugby thinking.

"Over a period of time, that waned and it was no longer at the forefront. We saw that in his last year and with the World Cup.

"In the meantime, Andy Farrell was picked and he's continued on largely the philosophy [of Schmidt]. Although, bizarrely, he said that he wanted to move away from the detail. The detail in that philosophy is the thing that saved it, even as other philosophies developed. We're seeing what England are doing, France, what South Africa are doing in a different way, and the way that New Zealand play.

"He's moved away from the thing that was really important to that philosophy, and it's out of date. I don't see him capable of changing to be an innovator. Nothing that he's done so far indicates that to me.

"What are we left with here? We're left with somebody who's not an innovative thinker, who's implementing a gameplan that I think is out of date. Also, he's not getting the most out of the players that he has at the moment.

Horgan added that out-half Ross Byrne's positioning "from every single phase was appalling" as was Ireland's accuracy at rucks.

"There are all these mistakes and tactics are that compounding to make the vista for Ireland very, very bleak," said Horgan.

He suggested that it may be time to consider replacing Farrell.

"I would be surprised if Andy Farrell can turn this around," said Horgan.

"I think what he can do is bump along at a mediocre level for a good period of time, getting wins against the teams that we've spoken about but actually not having a philosophy that can elevate us to the top table. I don't necessarily think that anything will happen to Andy Farrell for the foreseeable [future]. I do think that the likelihood is that we'll be in the same position in or two years time.

"Is it better to grasp the nettle earlier?" 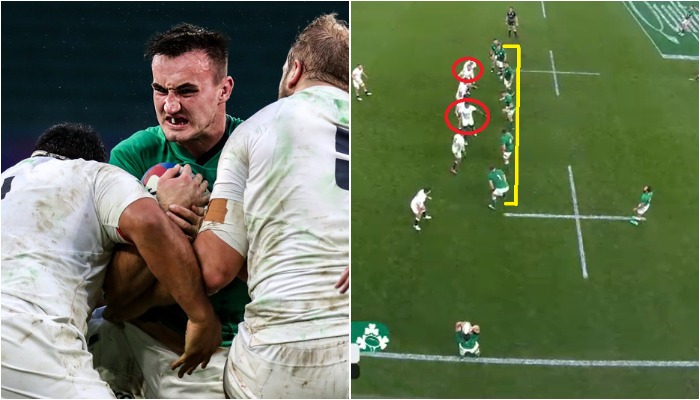