As soon as Tadhg Beirne's name is mentioned, Shane Williams is nodding. He knows the question which is coming and he doesn't have to think about the answer.

Shorn of Donnacha Ryan following his move to France and restricted by the IRFU's unwritten but utilised rule which means those playing their rugby outside of Ireland are not selected, Joe Schmidt has still chosen to not bring Tadhg Beirne into the fold.

Schmidt has his reasons. He outlined them before the Six Nations. Beirne plays his rugby with Scarlets. He moved there in 2016 after being released by Leinster. He has flourished with the Welsh side, last season winning a PRO14 title and this being a nominee for European Player of the Year as he helped Scarlets to the quarter-finals of the Champions Cup.

Prior to the Six Nations, Beirne had already accumulated far more minutes of action than other locks available to Schmidt. That was a consideration to the Ireland head coach along with the fact that he would be required to release Beirne back to the Scarlets during the Six Nations.

Still, Shane Williams is surprised that Beirne has not yet seen any action during this Six Nations.

Not only is he a big, ball-carrying forward, he's got great hands; he's actually got good feet for a big man. Him going to the Scarlets has been a breath of fresh air for both him and the club.

One of the reasons why there were eyebrows raises regarding Beirne's omission is that next season he returns to Ireland. It was announced back in October that he has agreed to join Munster.

"It's just a shame he's coming back really as far as the Scarlets are concerned," said Williams.

"He's been one of the form players in the PRO14, not only in the Scarlets. I kind of expected to see him involved, somehow. That's not to say he won't be.

"I'm sure him coming back to Ireland as well is going to help his cause. A very good player, I've enjoyed watching him play." 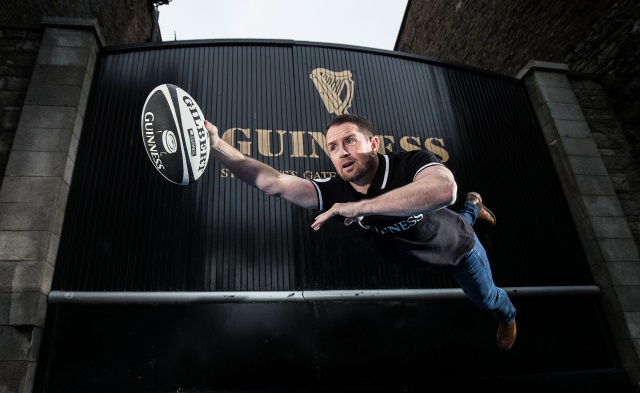 Beirne could yet be called up to Ireland squad. It was prospect Schmidt did not dismiss pre-tournament. An injury to what is a shallow Ireland second row depth chart and the 26-year-old could see Schmidt's number appear on his phone.

Munster's gain is most definitely going to be the Scarlets' loss according to Williams.

"He suits the type of rugby that the Scarlets play; very comfortable with ball in hand, enjoys getting involved in the game.

"He's flourished in a Scarlets team under Pivac and Stephen Jones that are playing the best rugby in the PRO14, really. They won it last year and are in contention to win it again and in the European Cup.

"It will be one of those where they'll be gutted to leave him go, really. He's one of those players who they would have done anything to keep hold of him.

"Obviously, he wants to progress, he wants to get into the Irish side as well and perhaps he thinks coming back over here and playing in a good team will do him the world of good. As far as the Scarlets are concerned, he's the one that got away."

Pictured is Shane Williams, the Welsh record try scorer and British & Irish Lion, who has teamed up with Guinness to announce plans to give Welsh fans a welcome with a difference in advance of Ireland’s NatWest Six Nations clash with Wales on Saturday, 24th February. To celebrate the camaraderie between rugby fans, Guinness has partnered with well-known Dublin pub Paddy Cullen’s to change its name to “Shane Williams” for the day as a nod to the Welsh legend and creating a new ‘Welsh’ ‘home from home’ destination for a pre-match pint. All fans will be welcome whatever their jersey! Guinness will also collaborate with the renowned Welsh Male Choir, Bechgyn bro Tafon, where they will accompany fans in the build-up to the game uniting them in song.

Shane Williams: 'Wales Is Probably The Most Fickle Nation Ever'

Podcasts
3 months ago
By Michael McCarthy
This Week In... 2004 - A Triple Crown At Last & The Maddest Champions League Of All
Previous Next

Olympics
2 months ago
By Sean Meehan
Provinces Are Split On What Sporting Event They'll Miss Most This Year
Rugby
3 months ago
By Balls Team
Italy International Joins Covid-19 Fight As Volunteer Ambulance Driver
Podcasts
3 months ago
By Michael McCarthy
This Week In... 2004 - A Triple Crown At Last & The Maddest Champions League Of All
Popular on Balls
Quiz
19 hours ago
By Balls Team
Quiz: Answer These Ten Irish Sport Questions From Trivial Pursuit
2