The Crazy Shooting Scandal That Engulfed Georgian Rugby This Year

Stories of sporting bodies becoming engulfed in scandal are hardly all that rare. Usually the issue revolves around money, with many organisations proving to be a bit haphazard when it comes to things like spending.

While such stories are common, we're not quite sure we've ever seen a scandal quite like the one that engulfed Georgian rugby earlier this year.

The Georgians are set to take on Ireland at the Aviva Stadium this weekend, getting a rare opportunity to play a fixture against a top tier nation outside of the World Cup. Many were excited to see how they would fare in the Autumn Nations Cup, with the one-off tournament allowing them to display possible Six Nations credentials.

Some have long been calling for Georgia to be given a chance in the top European rugby competition, either via a promotion/relegation system or as a seventh nation in the tournament.

However, it seems unlikely at the minute. Italy would certainly not agree to any sort of relegation being included in the Six Nations, while the Georgians themselves seem to have plenty to sort out on their own doorstep.

In September of this year, the Georgian Rugby Union (GRU) was thrown into controversy when it was reported that their vice president had been arrested for shooting the former captain of the country's 7s team. The incident actually took place inside the organisation's headquarters.

Yes, you read that correctly.

Ramaz Kharazishvili, the 32-year old victim who had also coached Georgia at 7s level, had been a vocal critic of the way the GRU had been conducting their business, most notably in relation to financial relief offered to clubs during the coronavirus pandemic.

He had been especially critical of vice president Merab Beselia, leading to a dispute between the two men.

Kharazishvili would be shot in the leg, with Georgian police launching an investigation into the illegal purchase, possession and carrying of a firearm and damage to health.

While his life was not threatened by the injuries, a shooting carried out at GRU headquarters between two prominent members of the country's rugby community could definitely be described as a public relations nightmare.

There has been little update on the progress of the case since, although the men's senior international team continue to conduct their business as normal.

Certainly not your average issue within a major sporting body.

SEE ALSO: The Ireland Team To Play Georgia On Sunday Has Been Named 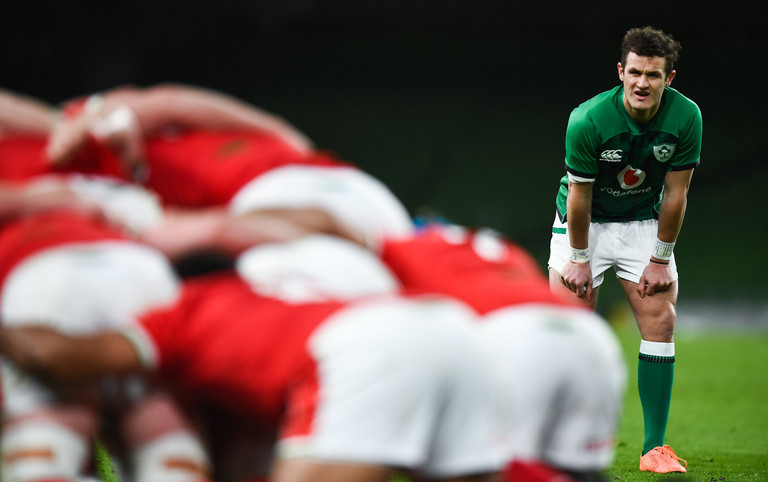