Munster are in a bit of a funk at the moment.

Whereas they have managed two wins in their opening two Champions Cup games, it is fair to say they are not exactly hitting top form over the last few weeks.

The game against Connacht last week was a perfect example, playing some very poor rugby on their way to a 10-8 defeat in Galway.

Some have put their recent slump down to the news that Johann van Graan announced his departure at the end of the season. Regardless of the reason, they will be hoping to emerge from it as quick as possible.

Tonight's game against Ulster would have been an ideal time to do so, although their task was made very difficult in the opening stages of the game. Not only did they concede an early try, but they would soon find themselves down to 14 men.

The incident came in the 15th minute, with Ulster's Michael Lowry rising to catch a high ball. He was met by both Zebo and Jack Crowley, with contact seemingly made with his head.

After a TMO review, referee Mike Adamson produced a red card for the 31-year old. You can watch the incident below.

Munster down to 14 men against Ulster after Simon Zebo's red card - but only after referee Mike Adamson changes his mind after being talked around by the TMO. #RTERugby #RTESport #URC #MUNvULS

Considering rugby's crackdown on any tackles that make contact with the head of an opposition player, Zebo can have few complaints about this decision.

This was the first red card of the Cork man's career, coming in his fourth appearance for the province since returning from France last year. He is now set to serve a suspension as a result.

With the player also aiming to play his way into Andy Farrell's Ireland plans, Zebo will be hoping that this incident does not affect his chances of making the squad for the Six Nations. 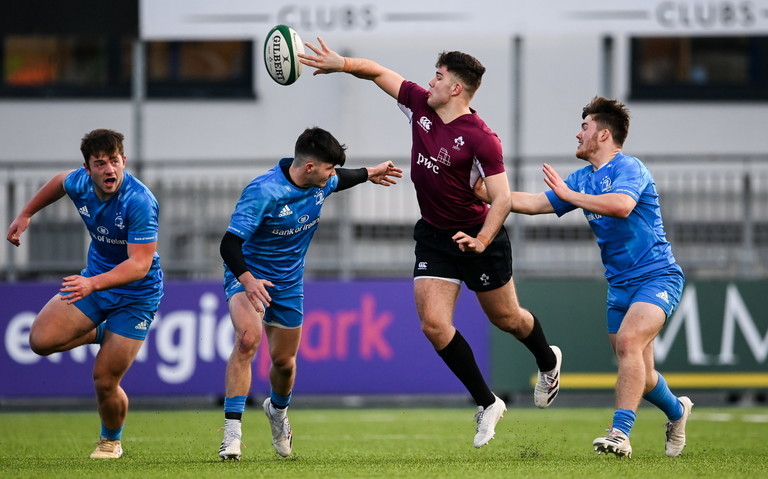 Rugby
1 day ago
By PJ Browne
The Last Munster Team To Win Silverware: Where Are They Now?
Rugby
2 days ago
By Luke Delaney
How To Watch Leinster v Munster In URC Showdown
Rugby
4 days ago
By Colman Stanley
Predictions And Permutations For The Provinces In Final Weekend Of The URC
Previous Next

Rugby
1 day ago
By PJ Browne
The Last Munster Team To Win Silverware: Where Are They Now?
Rugby
2 days ago
By Luke Delaney
How To Watch Leinster v Munster In URC Showdown
Rugby
4 days ago
By Colman Stanley
Predictions And Permutations For The Provinces In Final Weekend Of The URC
Popular on Balls
Football
1 day ago
By Gary Connaughton
Latest Spurs Transfer Rumour Could Be Good News For Gavin Bazunu
Golf
3 days ago
By Gary Connaughton
Padraig Harrington Glad He Didn't Have To 'Make A Decision' On Saudi Golf League
28