Ireland did what they had to on Saturday against Italy, with their destiny in their own hands heading into this weekend.

England will be favourites to lift the trophy, but the tournament is still wide open. France are also still in contention, even if their challenge seems a bit unlikely.

Here's how the table looks at the minute.

Here's how each of the top three could still win the tournament.

Ireland are very much in the mix.

The bonus point win against Italy this evening means that their destiny is in their own hands heading into the game against France.

A win against France, with no try bonus point, would leave Ireland on 18 points, which is what England are likely to also finish on considering they play Italy in the last game.

This would mean top place would come down to points difference. Ireland currently lead England by 23 points in this metric, but you'd imagine that Eddie Jones' side will run up a big score against the Italians.

If Ireland could manage a win and a four-try bonus point, against France, they are guaranteed to be named Six Nations winners. That would leave them on an unmatchable 19 points.

While France were in excellent form at the start of the year, it is difficult to know where they will be for this game. A bonus point win certainly doesn't seem impossible.

Despite being second at the minute, France look like major outsiders. They will likely require a bonus point win against Ireland to finish top, assuming England get five points from the game in Rome.

Even if the French manage this, they will have to beat Ireland by three points more than the margin England beat Italy by. It seems unlikely.

England are favourites. You'd imagine they will get a bonus point win against Italy next week.

France will likely only overtake them if they get a bonus point win against Ireland and beat them by a higher margin that England defeat Italy by.

England will finish second if Ireland get a bonus point win in Paris. Ireland will also finish ahead of England if they get four points against France and then better England's scoring difference. 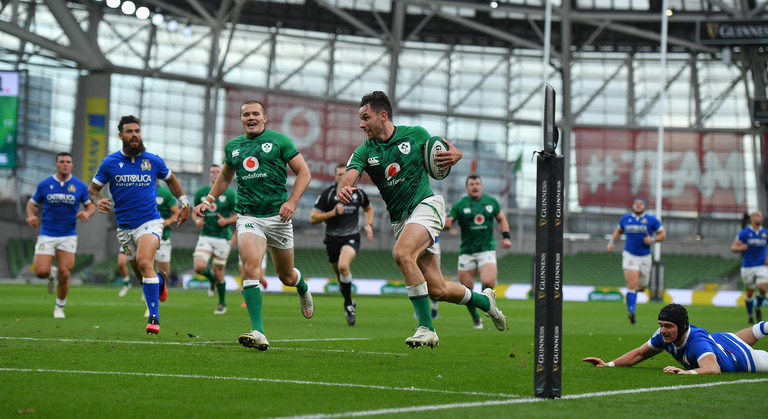