Ahead of the World Cup, Ladbrokes spoke to one of the Irish heroes of 2011, Stephen Ferris, to get his thoughts about how the tournament is shaping up.

The British and Irish Lion has just launched his all-revealing autobiography, Man and Ball, with a foreword by Rory McIlroy and you can grab yourself a copy here.

Aside from his thoughts on the tournament, Ferris has also given us one alternative betting tip with his belief that we should be watching out for some hat-tricks during the group stages.

Ferris fancies Keith Earls against Romania in that regard and it has got us thinking. If we were to have a look at the players who have the best opportunity to score a hat-trick in one of the games, would they be worth a bet?

Here are the five players we think represent good value and in what games: 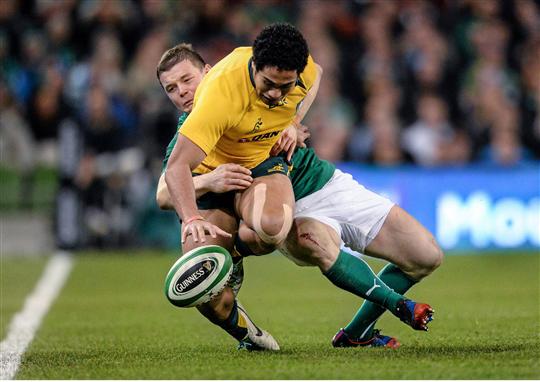 Of all the 20 teams at this tournament - Uruguay will be the least competitive. They are the second worst team in the competition (in terms of ranking) and have been drawn in the pool of death. Their first team lost to Emerging Ireland in July's Tbilisi Cup by 33 points to seven, and their best player (Montpeiller's Rodrigo Capo Ortega) has decided he'd prefer to play in the Top 14 instead.

This means there are a lot of candidates to run in some tries against the Uruguayans. If Jonny May plays then he'd be a strong candidate, likewise Fiji's Nemani Nadolo or Wales' Hallam Amos.

Given the schedule, Australia will have to play a second string team against Uruguay ahead of their game against Fiji four games later. That means that the likes of Israel Folau, Henry Speight, Adam Ashley-Cooper, and Drew Mitchell could be saved - and Joe Tomane is in prime position to profit.

The Brumbies flier has a decent career try scoring rate of one in every three games - but he's running at one in every two for this season hinting at decent form. He's a very handy 40/1 shot for top try scorer, and could do it by capitalising on weaker opposition. 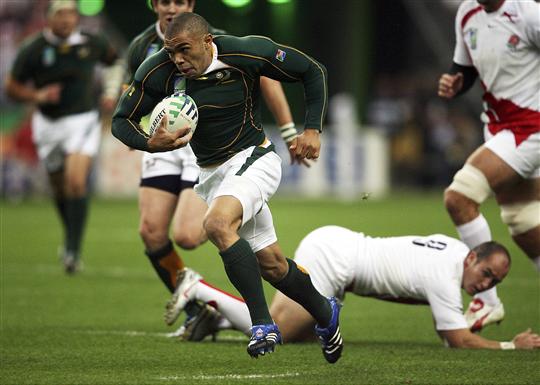 Yes, he's not the player he was - but one look at his try scoring last season - 11 tries in 16 games for Toulon show that he's still a relevant try scoring machine.

He's starting this weekend against Japan, and could be worth a flutter in that game - but Japan are a better team than USA.

Julian Savea is the obvious choice, but how likely is it that Savea will be risked against the Africans ranked 20th out of the 20 teams in the tournament?

Milner-Skudder will be released on the world with both his creativity and finishing abilities. Just look at his try rate - two tries in his first two international caps.

Milner-Skudder's strike rate will depend on whether he's deployed as a creator from full-back, or as a finisher from the wing. Waisake Naholo isn't likely to be ready for the Namibia game, leaving Milner-Skudder as the biggest chance for some tries. An alternate choice could be back up TJ Perenara - who finished second in the Super Rugby try scorers with 11. 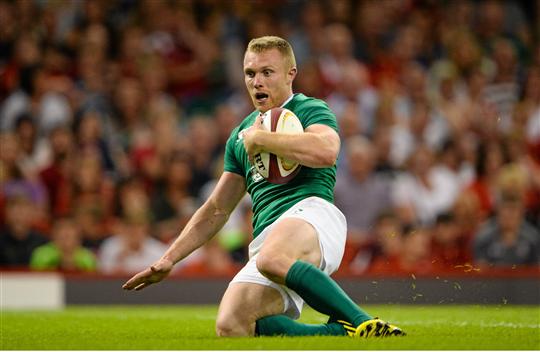 Ferris is right, of all of the 31 players in the Irish squad - Earls is by far and away the most likely to score a hat-trick. He's one of the few players in the Irish team with a finishing instinct. While Ferris picked him to do it against the physical Romanians, it could be in Ireland's first game against Canada that has the best shot for a hat-trick.

Canada succumbed to an Ireland team with its Lions in 2013 by 40 points to 14, where Fergus McFadden crossed the white-wash three times.

It would need Ireland to open their game-plan up, but now's as good a time as any.

Here are Ferris' full thoughts on the upcoming tournament:

1. What’s your view on this World Cup? Who in the home nations poses the biggest threat?

I think this World Cup is going to be bigger than ever. Hopefully Ireland can find their form again and show their class. I believe Ireland will do the best out of the home nations.

2. Out of the Southern Hemisphere teams who would you fear the most and why?

I would fear the current World Cup holders. The All Blacks are the team to beat and have an incredible squad. They have so much fire power and pace in the squad and can score tries for fun.

3. Which Irish player holds the key to Ireland’s chances?

Ireland need a bit of luck to do well in the World Cup. They need to keep their key men fit and fresh. Johnny Sexton and Paul O'Connell are the first two names on the team sheet. They both hold the key to Ireland's chances.

4. Which English player has caught your eye leading up to this World Cup?

Jonny May and Anthony Watson looked sharp against Ireland. I'm sure they will get a few tries during this World Cup.

5. If you were to nominate a top tournament try-scorer, who would it be?

Julian Savea has an incredible scoring rate for New Zealand. I think he will be hard to beat. 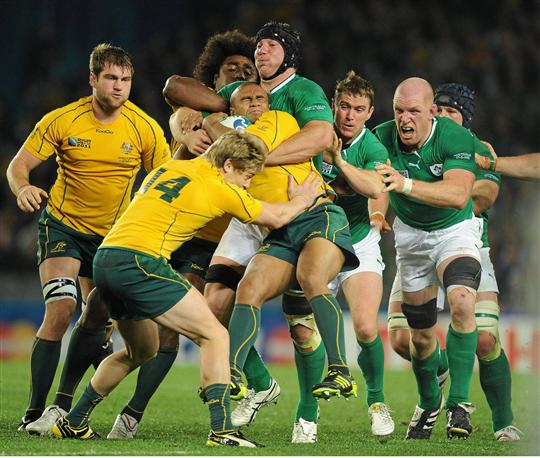 6. What makes a world cup different for a player? What was it like for you?

It's the pinnacle for international rugby. It's a special tournament that every player wants to do well in. For me it was great to represent Ireland at the biggest stage. Just a pity we slipped up against Wales in 2011

7. If Ireland and England top their groups there will be a showdown! Thoughts?

If they both top their groups they will have a tough quarter final to get past first before they will meet. But hopefully England don't make it that far. A semi-final between these two would be some game.

8. Finally, If you had a spare tenner, what would your bet be?

Aside from Ferris' alternate tip, Ladbrokes have a few decent offers ahead of kick off.

T&C's 18+.*Price available from 8am on 16.09.15 until kick-off at 2.30pm on 19.09.15 of the Ireland v Canada match. Max stake €10. Offer applies to new online and mobile customers only. Winning bets will be settled at the enhanced price within 24 hours of the match finishing. Your extra winnings will be paid in the form of a free bet token.

Rugby
3 years ago
By Conall Cahill
New Zealand's Unique Victory Ritual Involves A US Country Classic
Rugby
5 years ago
By Conor O'Leary
GIF: The Hurricanes Score Delightful Try To Take Control Of Super Rugby Semi-Final
Popular on Balls
Other Sports
6 hours ago
By Mark Farrelly
Weekend Sport Guide: What Times You Should Eat And Go To The Toilet
2