While Ireland won their opening Six Nations game against Scotland, it's fair to say the public are not all that confident heading into this weekend's clash against Wales.

Andy Farrell's side fell over the line against the Scots with very little improvement in attack on show. The defence was steady, but the visitors likely would likely have come away with the win were it not for some very basic errors.

A big improvement will certainly be needed against the Welsh and Farrell will be hoping a couple of personnel changes will make an impact.

Speaking on The Buildup podcast this week, Stephen Ferris said he is particularly looking forward to seeing Max Deegan in action. The Leinster back row has been named on the bench for the game and is set to make his test debut.

Ferris believes he could have a big impact and actually should have started the opening game of the tournament:

For me, I would have started him in the first game anyway. He's a bit of a raw talent. Brian O'Driscoll in the last couple of weeks talked about having a bit of fight and a bit of dog in the characters in the pack, and how that was maybe lacking slightly.

I think Max Deegan gives you a little bit of that. The way he carries the ball, he's a real athlete. He's really athletic off the base off the scrum if he has to flip into number eight.

He comes across as a bit of a free spirit, somebody who does his own thing. If a coach is telling him to do one thing, if he thinks something else is on he'll do it. I kind of like that about him.

His form for Leinster has been nothing but sensational this season. He's actually kept Doris out of the Champions Cup squad a few times. It's going to be brilliant for him to get his test debut. 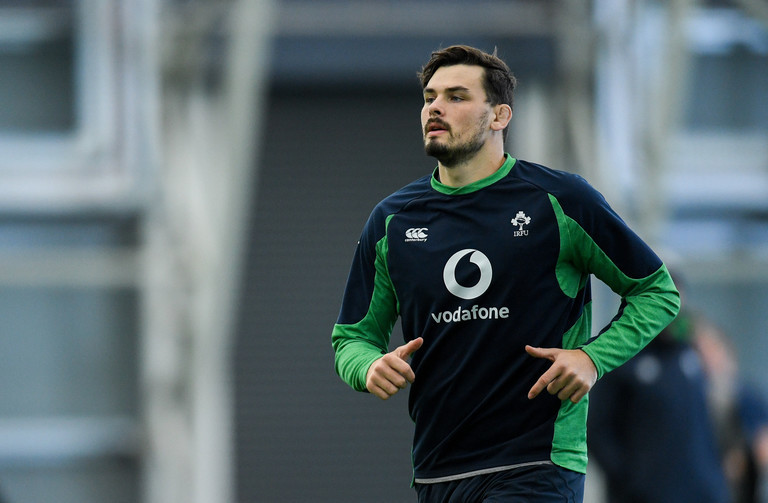 As for the game itself, having home advantage sees Ireland enter as favourites despite their struggles last week. They are currently seen as four point favourites after entering the contest against Scotland at -14.

Ferris (who predicted Ireland would fall well short of the -14 mark last week) believes Ireland will win and beat the handicap, with a couple of experienced players returning to the side set to make the difference:

It would be easy for me to say it's going to be tight and in around the handicap. I think Ireland will put in a much improved performance.

I can see the those couple of experienced faces in Peter O'Mahony and Robbie Henshaw, they'll be chomping at the bit after being left out of the team last weekend.

I think Ireland are going to beat that handicap. I can see them winning by six or seven points, maybe even eight or nine if they can get a good run at it.

One thing we've got to remember is that the weather is due to close in on Saturday. It's due to get windy, there's some rain forecast in the afternoon. Hopefully with this fixture being earlier we might miss a bit of that, but you've got to take it into consideration also.

I'm expecting a brilliant test match. Ireland will need to improve significantly, and if they do that I think they could beat Wales by more than four points.

Please bet responsibly, visit Dunlewey.net for further information.Send us your Big Shouts or get in touch with the show for any reason by emailing [email protected] or contact us @ballsdotie on Twitter or Instagram.

You can subscribe to the podcast via Spotify, iTunes, Pocketcast or all other good podcast platforms by searching 'The Buildup on Balls.ie'. If you enjoy it, please do leave a comment and give us a rating.

SEE ALSO: 'I Can't Understand It, Why Aren't They Playing With A Number Eight?'