'What Else Could He Do?' - Ferris Highlights Two Key Omissions From Ireland Squad

Former Irish international Stephen Ferris believes there are a few individuals who can feel hard done by after they were omitted from Ireland's Six Nations squad.

On Wednesday, Andy Farrell named a 35-man squad with Johnny Sexton confirmed as captain. There were also five uncapped players, but no space for Ulster's Stuart McCloskey or Leinster back row Rhys Ruddock.

"From Ulster's perspective, watching the style, the class and standard of rugby they have played this season, I am really, really disappointed for Stuart McCloskey.

"I know at the weekend against Clermont, there was one opportunity where he should have let a ball go and Ulster would have had a four v one in the corner.

"I had a feeling Farrell could bring out the best of McCloskey, help him work on that part of his game. Recognising space. Farrell played in the centre with England.

"What else could he do? He leads the stats in the European Cup and Pro14. Utterly disappointed for him. I honestly thought he would get an opportunity. " 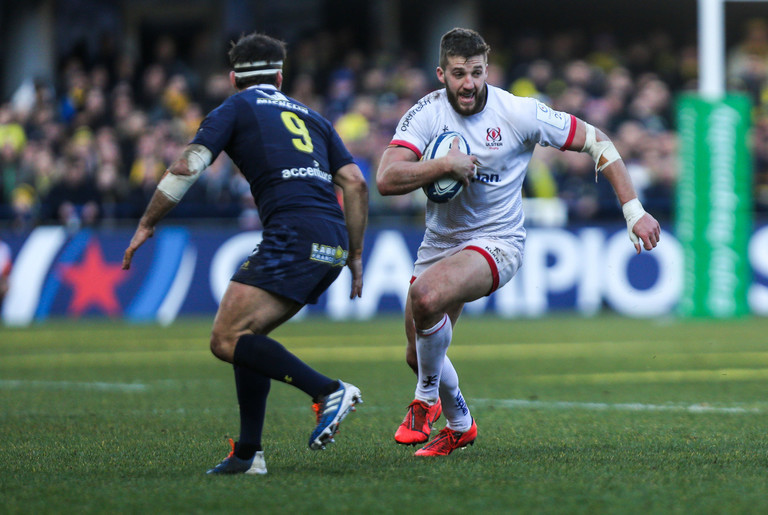 The other big call was in the pack where Leinster trio Max Deegan, Caelan Doris and Josh van der Flier all made the squad but Ruddock did not.

Rhys Ruddock is 29 years of age. He could make another World Cup. He is playing the rugby of his life. He captained Leinster. Who do you think is playing better rugby? Rhys Ruddock or Jack O'Donoghue? I would say Rhys Ruddock.

I would say Rhys Ruddock has been consistently better for the last year or so. O'Donoghue has come back into the picture and playing reasonably well, playing pretty well in an average Munster team.

Ruddock; Mr. consistent. Really good ball carrier. He has got experience. He is another one of those ones saying 'what do I have to do here?'

One shock inclusion came in the form of Ulster 21-year old Tom O'Toole. The prop was born in Leinster and grew up in Brisbane, Australia. He had been selected for the Queensland Schoolboys in 2015 before returning to join Ulster.

"He has got a lot of attributes that make him a bloody good rugby player. His physicality, he is very strong and athletic. But, we have to remember David Nucifora that instigated this of bringing Tom O'Toole back to the Irish set-up.

"I wonder what influence he has on Irish squad selection? There are a few players that will be pretty pissed off that a young Tom is picked ahead of them considering he hardly started a match this season.

"Brilliant for Tom, Brilliant for Ulster that he is getting exposure. But if I was one of those guys down in Munster who didn't get selected, I would be pretty pissed off."

You can listen to the full podcast by searching 'Balls.ie' on all podcast platforms or clicking here.

Rugby
1 month ago
By Colman Stanley
Andy Farrell Reveals Haphazard Nature Of Ireland Team Selection For Argentina Win
Rugby
1 month ago
By Brett Igoe
Analysis: Four Reasons Ireland Look Like One Of The Best Sides In World Rugby Right Now
Rugby
2 months ago
By Eoin Harrington
Andy Farrell Says Raucous Crowd Played Crucial Role In Ireland's Win Over The All Blacks
Popular on Balls
Hurling
1 week ago
By Balls Team
A Tribute To GAA Players Who Looked Significantly Older Than Their Age
Rugby
2 days ago
By Colman Stanley
The Fascinating Journeys Of The 2012 Ireland's U20 Rugby Team
Football
1 day ago
By Gary Connaughton
Some Pundits Are Revelling In Rafael Benitez's Everton Sacking
32