Ferris Thinks There Are 'Question Marks' Over Sexton's Lions Spot

Stephen Ferris believes there are definite doubts surrounding Johnny Sexton's chances of being included in the Lions squad for this summer's tour of South Africa when it is named on Thursday.

The out-half has not played 80 minutes since Ireland's victory over in England in the Six Nations on March 20th. He missed Leinster's Champions Cup quarter-final against La Rochelle at the weekend due to a head injury suffered against Exeter in the quarter-final.

"These head injuries are adding up. I know there was a pile of nonsense about these concussions [during the Six Nations], how many he's had, and some French doctor came out with some random remark. Johnny hit back.

"It's worrying. We all wanted to see him kick on from the Six Nations. We were like, 'Johnny's got a run of games here, a couple of 80 minutes back-to-back'.

"Then suddenly, a head knock against Exeter. He's been sitting out, and he's not playing this weekend in the Rainbow Cup. It's not looking good.

"There has to be doubts from the Lions coaching staff to see if they can rely on the Irish captain."

'The question marks are adding up now around Johnny Sexton. It's worrying if he'll make the squad'

If selected it would be the 35-year-old's third Lions tour. Between the 2013 tour of Australia and the 2017 tour to New Zealand, he has won six test caps. Ferris believes that this year's truncated tour may be a factor in Sexton's favour.

"I want him to go on the tour," said Ferris.

"I want him to kick a drop goal in the third test and win it.

"I've played with Johnny, come up through the age grades with him, seen him do very well. He's done a lot better than I have. I want to see him kicking on. That's my heart wanting that.

"The other thing you get with Johnny Sexton is he's a winner, a huge competitor. He puts his balls on the line when does represent his province, country, and Lions in years gone by.

"There's also a part of me that's saying, 'Jeez, the last thing we want is for him to go on a Lions tour and get knocked out in the first game'.

"I don't think Warren Gatland would like that because then there are so many eyes on Johnny Sexton instead of the Lions.

"Johnny could get himself fit, go on a Lions tour, play four or five games, not get a head injury. But, history tells us over the last 18 months to two years, that he has suffered a number of head knocks.

"He's going to play against the biggest, most physical team in world rugby. Club teams are going to be wanting to run out there and take people's heads off. There's no doubt that he's going to get banged up." 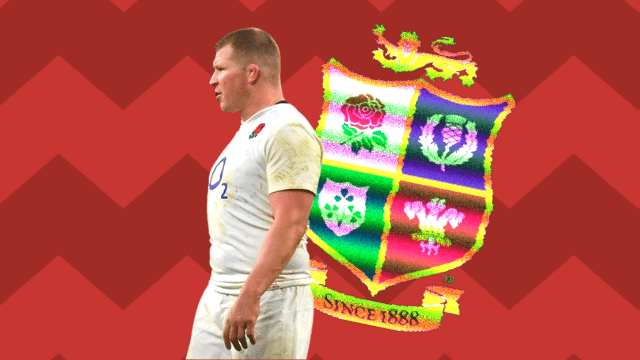