Warren Gatland's Lions squad announcement is imminent this afternoon, with hopes high for some Irish selections.

Stephen Ferris was one of 14 Irish players selected in the initial squad the last time the Lions travelled to South Africa, and he detailed how players find out about their selection.

Speaking on The Buildup podcast for Balls this week, Ferris said that he got an email a few weeks out from the squad announcement. The email effectively told him to keep his summer free - but even some who weren't selected got the same email.

I was waiting on that announcement. I think I received an email saying that, you know, ‘you’re in the mix’. So, I was travelling to South Africa – obviously, a few VISAs and stuff like that – so there was an email sent out, I think maybe three or four weeks previous to the call, if my memory serves me right, to say ‘look, you’re in the mix’ more or less. I know Rory Best got that heads up as well in 2009, but he didn’t get selected. So that’s just two examples of me getting there and Rory not.

The former Ulster and Ireland flanker revealed that that email is the extent of the communication players receive. He said on the podcast that he found out with the rest of the world, with his Ulster teammates watching the announcement live on the news.

I’m sure there’s…maybe, what, 50 guys who have probably been sent that email or been told that they’re on the fringes.

I found out standing outside I think Newport Country Club in Belfast where we used to train with Ulster. Just standing outside and all the boys were inside watching the live announcement on a big pull-down projector screen and I was just outside kicking a ball around.

Johnny Davies – the former S&C coach – came out and just went ‘yes, you’re in big man!’ And I was like ‘brilliant!’

Ferris scored two tries on the tour in 2009, but ultimately had to pull out of the tour through injury after playing only two games.

His Ulster teammate Rory Best ultimately missed out on squad selection entirely. Ferris said that getting the news with the entire Ulster squad made it a bittersweet selection, as he was disappointed for his teammate.

I felt bad, like, because someone like Rory Best who was playing reasonably well there in 08/09 didn’t make it. So, part of me was over the moon and then part of me felt a little bit sorry for him and then there wasn’t any chance of him getting selected on that tour, what with injuries…but yeah, that’s the way I found out! I think it was Sky Sports. It was pretty cool looking back on it.

English prop Joe Marler revealed yesterday that Warren Gatland had not sent him an email in advance of this summer's tour, proving that the system Ferris describes is still in place.

We don't have to wait too much longer to find out how many Irish Lions will be in the class of 2021 - fingers crossed a fair few received an email at least...

Listen and subscribe to The Buildup podcast here or on Spotify here. 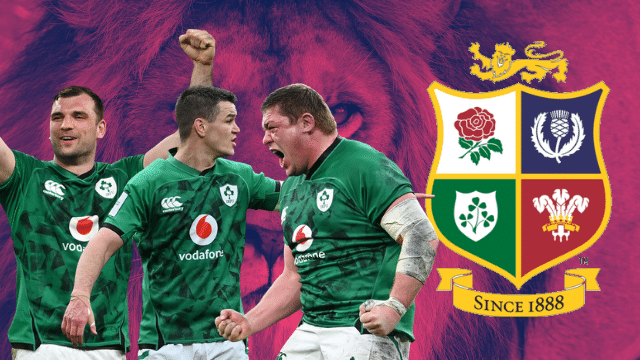 Football
5 months ago
By Balls Team
Shane Horgan Reveals Roy Keane's Comically Dismissive Pep-Talk Ahead Of 2005 Lions Tour
Rugby
6 months ago
By Andrew Dempsey
"I Am NOT Jaco Johan" - Erasmus Denies Twitter Burner Account In Amazing Press Conference
Rugby
7 months ago
By Eoin Harrington
How To Watch The British and Irish Lions v Japan
Popular on Balls
Rugby
2 days ago
By Colman Stanley
Keith Earls Shares Story That Captures Andy Farrell's Decency
Football
1 day ago
By PJ Browne
'If He Continues With Performances And Goals Like That, Stephen Kenny Will See It'
Football
2 days ago
By Eoin Harrington
Quiz: Name Every Player To Score In A Champions League Final
Football
20 hours ago
By Gary Connaughton
Portsmouth Likely To Retain Gavin Bazunu This Month Despite Championship Interest