Paul O'Connell is a legend of Irish rugby.

One of the most decorated players to come from this island, the Munster man had an astonishing career. Be it winning Grand Slams, Heineken Cups, or captaining his country and The Lions, he did it all over his 15-year stint as a professional.

Even the honours he won during his playing days don't quite sum up his impact. O'Connell was amongst the best leaders you will see in any sport, being held in the highest regard by both former teammates and opponents. His ability to get the best out of not only himself, but also those around him is what made him such a special player.

That's why the news that he has been added to the Ireland coaching staff was met with so much excitement. Things haven't exactly gone to plan under Andy Farrell over the last 12 months, but it will be hoped that O'Connell can help push the team to the next level.

That is certainly the opinion of Stephen Ferris. Speaking on The Buildup podcast, he said that O'Connell was already a de facto coach in the Ireland setup during his playing days, doing a huge amount to help Ferris with his game while the pair were teammates.

It's a huge, huge plus. Paul is not only a great guy and someone who I have so much time for.

He coached Ireland (in his playing days). He coached the line-out, he coached me individually in learning the line-out, putting time and effort into video of the opposition and triggers to look out for.

He probably coached me more than Gert Smal (former Ireland forwards coach) did as a rugby player in trying to better my small skills. The line-out was probably one of the weaker areas of my game and Paul made sure that first of all I knew that, and secondly that if I was going to get better I had to work on it.

I remember him ballsing me out in training like 'Fez, it's just not good enough! You got the call wrong, what are you doing?! How many times do I have to go through it?!'

That was just him keeping me on my toes so after the session I would go in and look up the movement and go to him or Gert for advice...

When it came to rugby, he was so serious. He was so intense. He lived and breathed it. As soon as training started it was like 'bang', he just switched on and didn't switch off until it stopped. He's a perfectionist.

Some of his speeches... he always finished of with something that when you were walking out the door you could have played a rugby match. Your blood was pumping, your heart rate was up and you'd have a really good feeling in your bones that you were going to do well. That's a really good sign as a leader.

"He probably coached me more than Gert Smal did"

You can listen to the full chat with @StephenFerris6 here: https://t.co/q3tgW6t7nm or subscribe by searching "The Buildup" on your podcast app pic.twitter.com/iDzKzzi1jR

O'Connell has already gained some experience as a coach. He spent one year at Stade Francais as forwards coach, before taking up a similar role with the Ireland U20 side.

That may not be the longest CV, but when you combine it with his leadership qualities as a player, you can already see why many feel he will be an invaluable addition to the Ireland setup.

Ferris feels that he will have no issues bringing this same voice into coaching, even if some will doubt his relative lack of experience.

Getting into the coaching, when he speaks you listen. He's one of those voices where if you walked into a room with 100,000 people and he got up and got on the microphone, everyone would just listen to him.

The way he gets points across, he's a very smart lad...

Paul is an exceptional leader, a great talisman, a great professional, and a good bloke. I'm really excited to see what he will bring to the international setup.

Some of the people are going 'he doesn't have enough experience, he went to Stade Francais and didn't get the results he wanted and fell out with the coach, the Ireland U20 stuff didn't go the way he wanted'.

To be honest, I don't think that really matters. What he's done over the last couple of years will stand him in good stead to be a really good coach at international level.

It's exciting times for him and for Ireland. I'll keep the head down and keep backing him and supporting him, like he did for me when I was trying to lift people in the line-out! 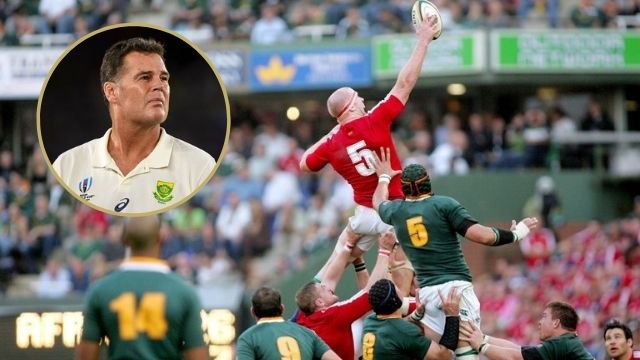